“We woke up to a perfect storm”, aptly described by a friend of the bad weather that welcomed us one morning as we approached the Sulu Seas on our way to Tubbataha Reefs National Marine Park, simply called Tubbataha.  The park was declared a National Marine Park in 1988 and a UNESCO enlisted World Heritage Site in 1994.

We were on an expedition on board the M/V Minerva, a research vessel owned and operated by WWF-Philippines, which opened the Cagayancillo micro-archipelago and Tubbataha Reefs to non-divers.  Yes NON-DIVERS.

Intrigued with Tubbataha, I’ve always wondered what it was all about.  “A must-see and a must-do especially if you are a diver”, I was told, which made me all the more attracted to it, never mind that I didn’t dive (then).  The hindrance was the cost and not to mention, the divers will be underwater while I will be left above, trying to get a glimpse of the world beneath (or so I thought).  So when I got hold of this offer to join the expedition… you guessed it, I jumped right at the chance.  Worth every centavo… good food 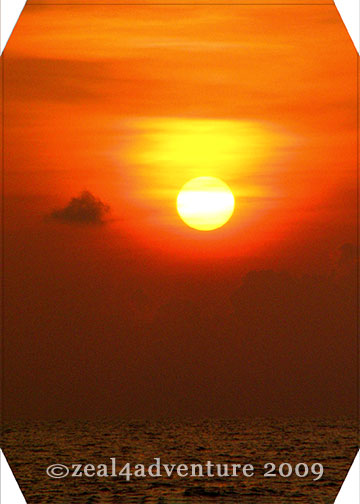 and awesome sunsets were just the tip of the iceberg. 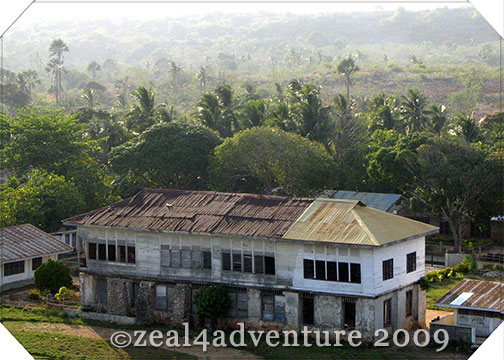 Cagayancillo was a discovery, but best of all, we were brought to snorkeling sites (as opposed to dive sites), and without having to don a scuba gear, we saw jacks (schools of ’em) in our face, sea turtles, even reef sharks, stingrays and barracudas owing to very clear visibility.  It was a turning point, so to speak.  Took up scuba diving soon after and turned out to be one of the best decision ever.   🙂

A reef ecosystem made of 2 atolls; Tubbataha is home to many marine species and is recognized as being probably the best diving in the Philippines and amongst the best in South East Asia.  Politically part of Cagayancillo, Palawan, the name Tubbataha comes from the dialect of the Samal, seafaring people of the Sulu region, and means “long exposed reef”. 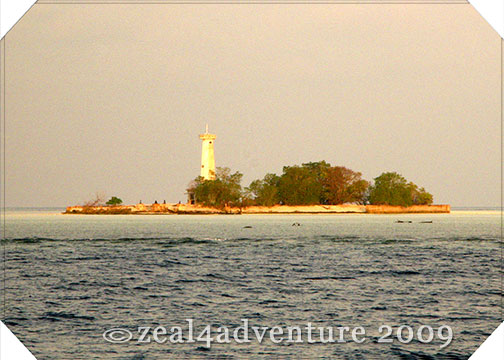 The remoteness of Tubbataha Reefs has been its greatest protector against our exploitation.  There are no permanent residents here and the reefs are only accessible by live-aboard dive boats.  Not exactly cheap and easy.

Situated on the north face of the north atoll is a large reef popularly known as Bird Island due to the numerous “boobies” and “noodies” that nests in the islet.

We were greatly charmed by these critters from afar.  The nearest we could get to them is thru telephoto lenses as stepping foot on this island is reserved for rangers and researchers.  Be that as it may, it was the most spectacular sight I’ve seen as far as bird watching is concerned.

A project of WWF-Philippines, it aims to encourage and demonstrate to the commercial tour operators that there is a market in the non-divers.  The hope is that with the support of such operators, Tubbataha Reefs will raise funds each year to pay for itself.

Enjoyed myself immensely that I went on the expedition twice.  The first time, as a paying volunteer (to check out the sites) and the second was when it ran its first commercial trip in 2007.

The expedition takes you to not 1 but 3 World Heritage Sites.  Aside from Tubbataha, the expedition kicks off and/or concludes with a trip to Miag-ao church and the Puerto Princesa Subterranean underground river.

I hope you enjoyed my world this week.  To enjoy more worlds, hop on over to My World Tuesday.

15 thoughts on “A World Heritage Expedition”