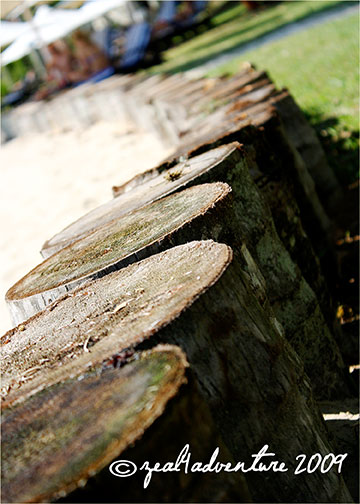 Bordering along the South China Sea with the majestic Mt. Kinabalu watching over this capital city of Sabah, Kota Kinabalu (fondly called KK) is no doubt the gateway to a wealth of adventure from diving to hiking and many more in between.

En route to Layang Layang, Borneo’s last frontier as far as diving is concerned (as some claimed), we had one day to explore KK. 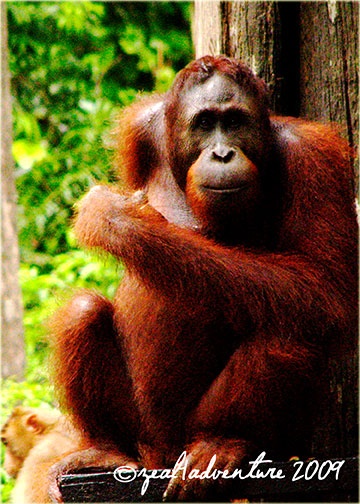 Orang-utans from Sepilok (from a trip 2 years ago)

It was a toss between Orangutans or Shangri-la.  The group settled for a lazy afternoon at Shangri-la’s Rasa Ria Resort and we missed out on the Oragutan sighting due to a leisurey lunch. 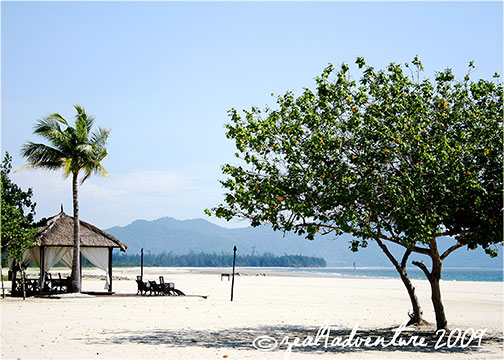 After lunch and a failed attempt to catch a glimpse of some orangutans feeding near the resort, we headed back to the city, 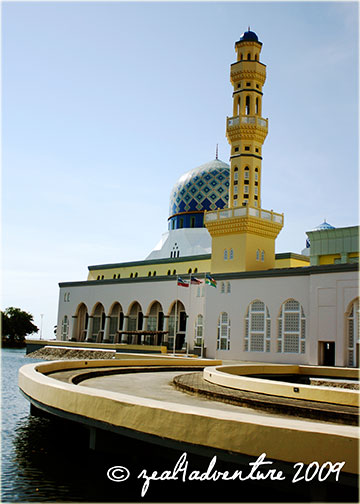 passing by this beautiful city mosque sprawling above a man-made lagoon. 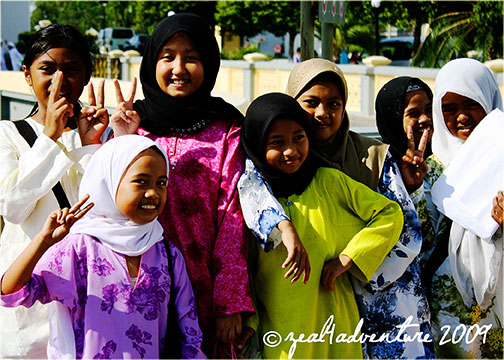 With our getup, we were not allowed inside so we mingled with some happy bunch of kids hanging around the mosque. 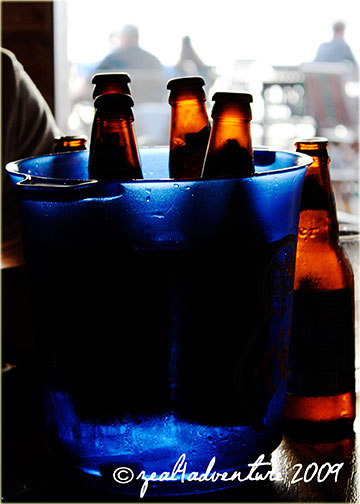 Back in city proper, we headed to the waterfront for some happy hour while watching the sun set over the horizon capped with delicious Chicken Rice for dinner.

No rush, no pressure… savoring the day as it unfolds is sometimes a marvelous way to enjoy a place.

Have a nice week ahead!