Wildlife.  It was the major reason why we chose to go to Banff.  It is home to a wide variety of wildlife.  We were not disapointed. 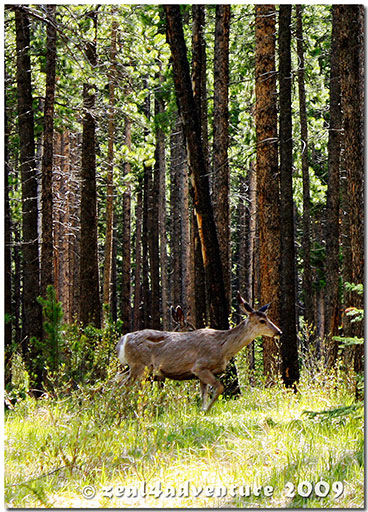 On our first day, we saw this deer an hour after we arrived at the park.  We will soon come to realize that it is quite common to see them along the road.  We however wanted to increase our chances to see bears and learn more about the animals of the National Park, and joining a guided tour was our best bet.

And so on the evening of our 3rd day, at a quarter past 6, we were seated comfortably on the bus, excited for what laid ahead.  With enthusiasm, we listened to our guide talk about the habitats of the park and how Banff’s bear population is suffering in the hands of human, with trains being the single largest killer.

First sighting – a deer again and we have not left town yet.  “They are common along the Bow Valley Parkway although their population is quite low now,” declared our guide.  He appeared to be very knowledgeable but thanks to an Aussie in the group who had an incredibly keen eye.  He spotted most of our sightings that evening.  I was impressed.

“Because of the dwindling population, it is harder to spot bears nowadays.  I will however try to bring you to where I think the bears will be.” assures our guide.  He was either 1) really good 2) really lucky or 3) he was lying about the dwindling population.   😉  Halfway through the tour, we saw people out of their vehicles and on the road trying to get a glimpse or rather a good photo of

2 black bears (actually), a mom and her cub!  First of all, you do not get out of your vehicle when you spot a wildlife, let alone a bear.  “Believe me, you will not know what hit you when they pound on you” said our guide to the other group who were trying to inch closer to the bears.  Well, pound they didn’t but retreat they did… luckily after A managed some shots (from inside the bus, of course).  Money well spent.  Grizzlies next… perhaps?   😉

One not so lucky occasion was when we spotted a herd of mountain goats.  With several cars behind us on a winding road, we had to sadly drive along.  As we drove around the corner still watching the herd, it was even more painful to see them jumping off to the road.  A rare sight and a perfect shot that was not to be.  We were too far and they were too quick.  A sight to behold nevertheless.

Other animals sighted around Banff – birds and small mammals included. 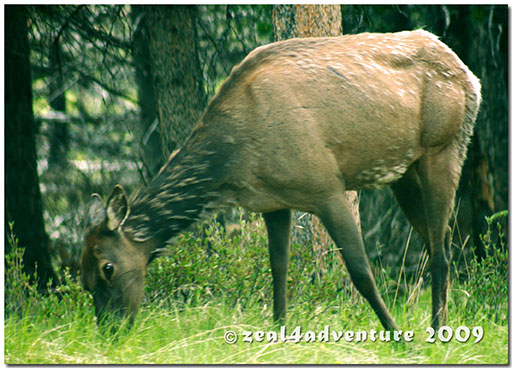 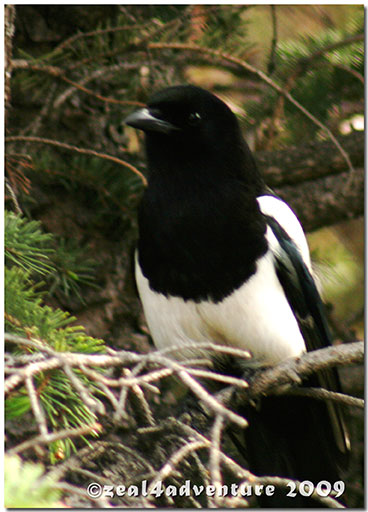 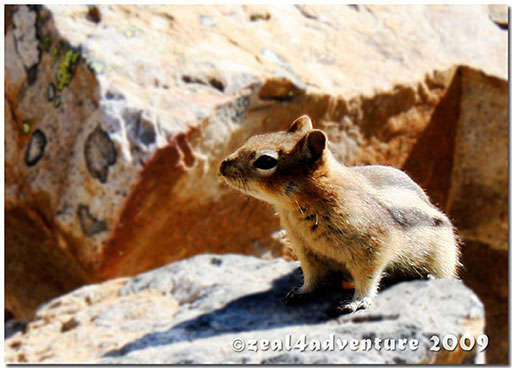 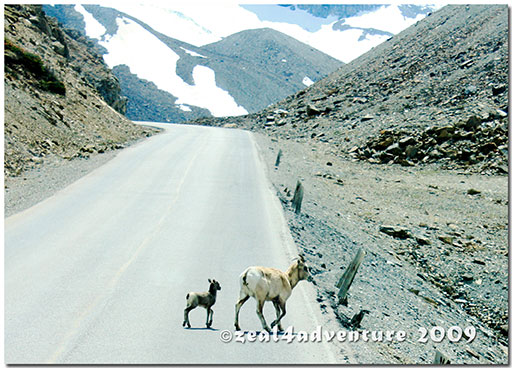 They do have right of way!

As we got closer to Jasper, the easier it was to spot wildlife along the road like these bighorn sheep relaxing by the roadside.  Not so rare apparently.  So excited, we forgot to stay in our car and was told by some concerned citizens on the danger of being so close to the animals.  Shame on us but they were so inviting, not budging, posing for us.  We eventually trekked back to our car… after we shot away.   😀 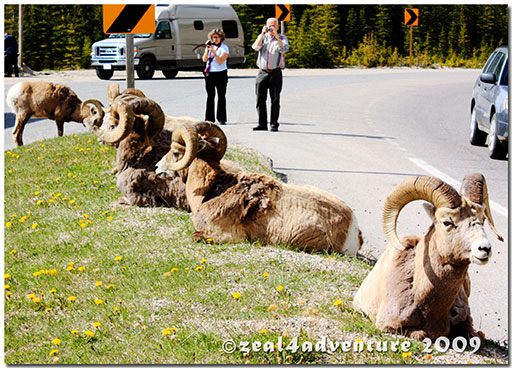 Right on the Hi-Way!

2 thoughts on “Animals in the Wild”