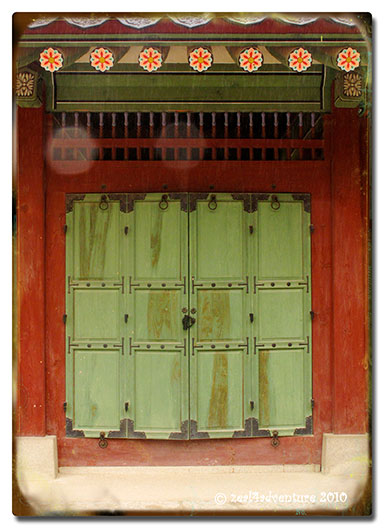 The ancient seat of Korean royalty has 5 major palaces in Seoul and some are definitely worth a visit.  Chang Deok Gung is one.  We visited the palace as recommended if given half a day sightseeing only.  Some chose to go shopping… not me.  Although Geong Bok Gung is the grandest palace and the seat of power for centuries, we didn’t go there because it would need more time to fully explore. 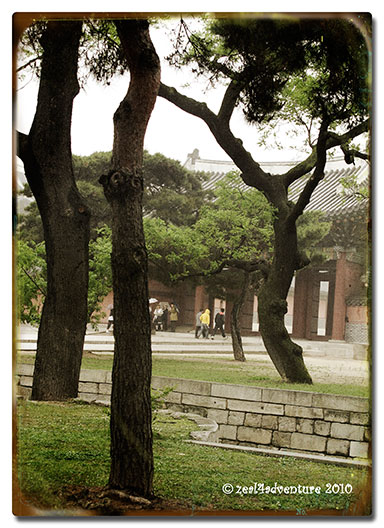 And even if Chang Deok Gung is 2nd only in importance to Gyeong Bok Gung, it was a favorite of many kings of the Joseon Dynasty, perhaps because it was built in harmony with nature.

The walls inside the palace were laid out freely, not imposing but rather blending with nature 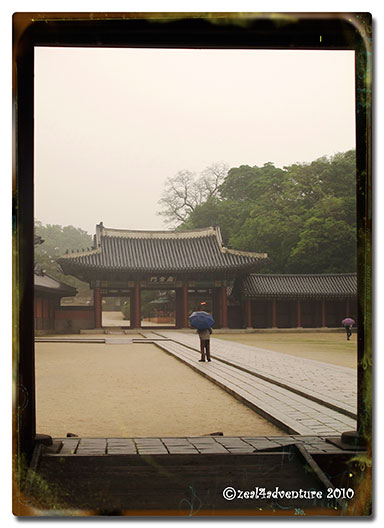 and this earned the palace a UNESCO listing as World Heritage Site in 1997.

Both palaces were totally destroyed by fire during the Japanese invasion of 1592.  After the war, Gyeong Bok Gung was not rebuilt because its site was no longer considered auspicious.

Instead, Chang Deok Gung was restored in 1610 and served as main palace for the next 258 years, until Gyeong Bok Gung was finally rebuilt in 1868.

Some sites to note: 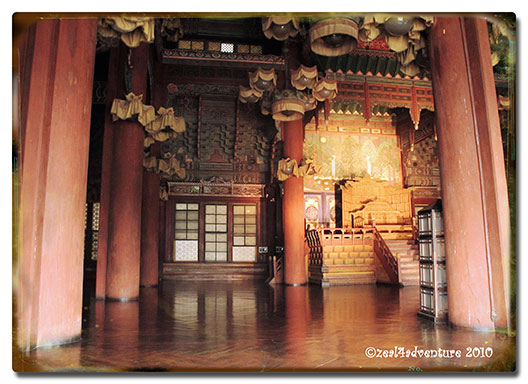 Originally a hall for the king, but it was also used by queens to throw parties to honor elders and encourage customs of respecting one’s elders.

For leisure and relaxation, the royal family had a secret garden built.  The garden presents an unusually exquisite design adapted to the topography.

Buyongji lies in the heart of the Secret Garden.  A relatively open space used for retreats as well as for study.

A number of buildings were built around this rectangular pond.

Jondeojeong – this area is believed to have been the last to be added on to the Secret Garden.

The Palace in more detail: 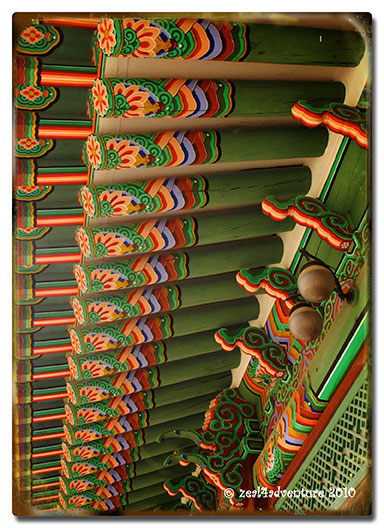 11 thoughts on “Chang Deok Gung: A Palace in Harmony with Nature”