But first, let me talk about Puerto Princesa.  Not exactly the paradise Palawan promises to be, it is however the gateway to the promise.   The capital of Palawan is the jump off point to many beautiful beaches, lush rainforests, stunning limestone cliffs and the clearest water teeming with marine life.  And just like many of my trips to Puerto Princesa, we made it our jump-off to El Nido, a favorite part of Palawan and our destination. 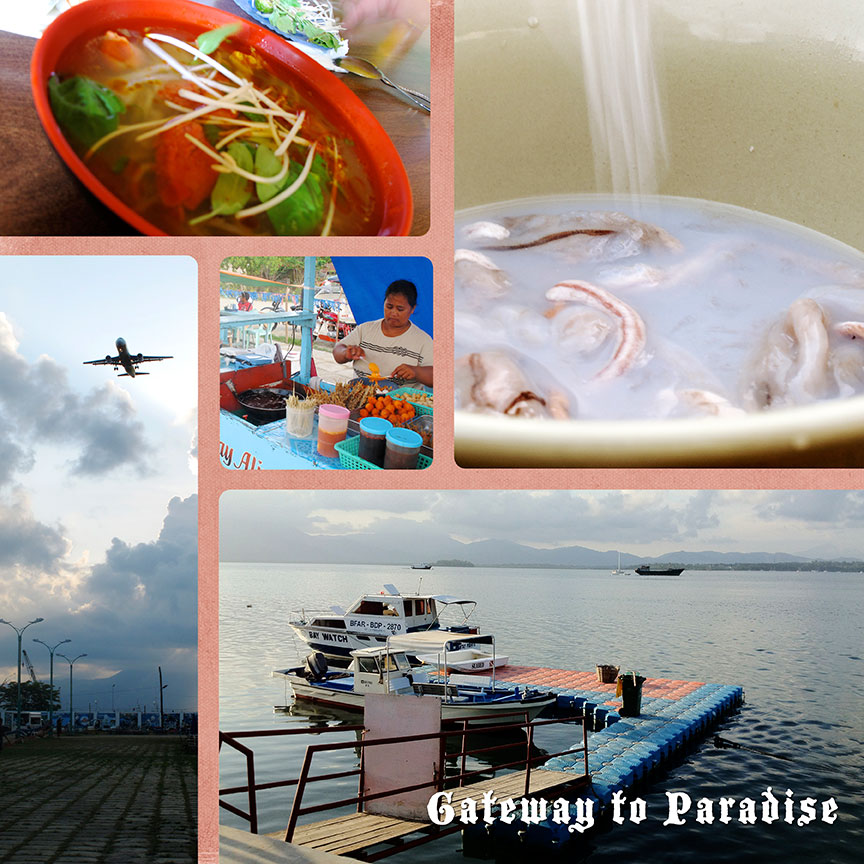 Always in transit, never really staying, Puerto Princesa managed to endear itself a few years back when we decided to stay a few days more after a live-aboard trip to Tubbataha and Cagayancillo.  A clean, quiet city that is best known today for its Underground River, a UNESCO World Heritage site featuring a spectacular karst landscape and an extensive underground river system.

And because the van to El Nido leaves early morning, we thought it best to spend a night and enjoy a bit of its good food.  If you know me by now, you know that good food is never far behind.

As soon as we touched down, before we even checked in to our inn, we headed straight to our favorite Vietnamese eatery in PP – Rene’s Saigon Restaurant. 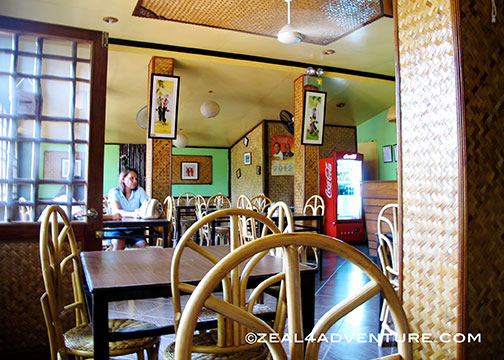 They serve the best Beef Pho in town.  That’s Beef Stew Noodle soup and locals call it Chao Long.  Once a United Nations Vietnamese Refugee Center in the ‘70s, the capital had been introduced to Vietnamese culture and its food its greatest reward and keepsake. 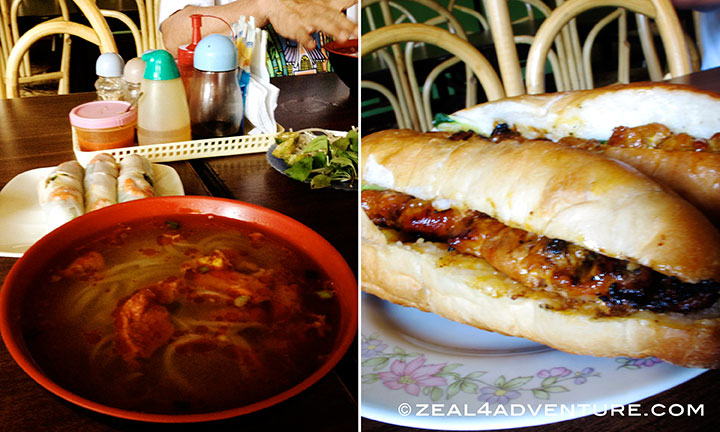 Even on a hot summer’s day, this soup provides great satisfaction.  A bowl each and a shared Beef Bahn Mi – yes we love beef – is one fulfilling “welcome to Puerto Princesa” meal.

If you are to walk to Baywalk like we did, late afternoon (or early morning) is best during the hot summer. 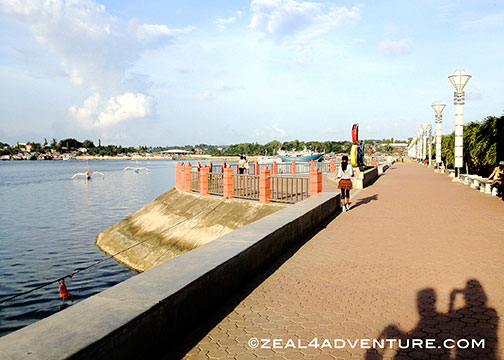 A seafront strip that (sort of) reminds of Dumaguete’s Rizal Boulevard.  This strip, unlike that of Dumaguete’s, is tucked away from the road just beside the seaport. 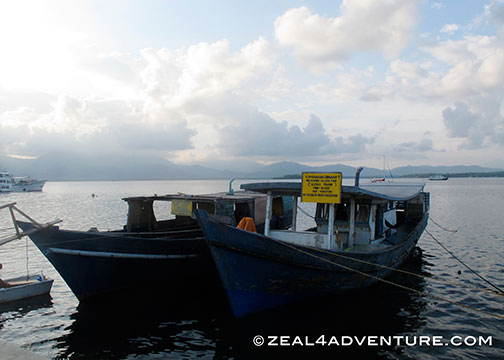 Puerto Princesa Bay, a main port for smaller ship boats is likewise the main gateway to the many islets of Palawan by sea.  This is also where one would take a boat to watch the dolphins frolicking the bay early in the morning. 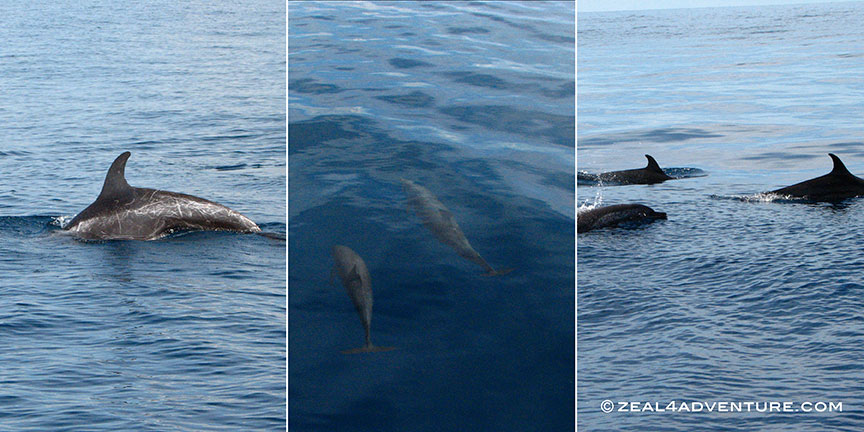 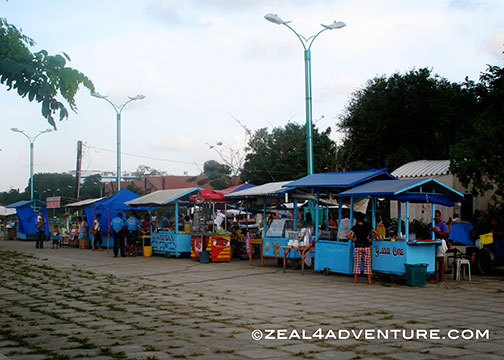 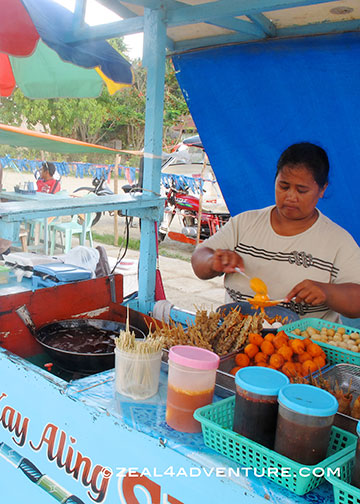 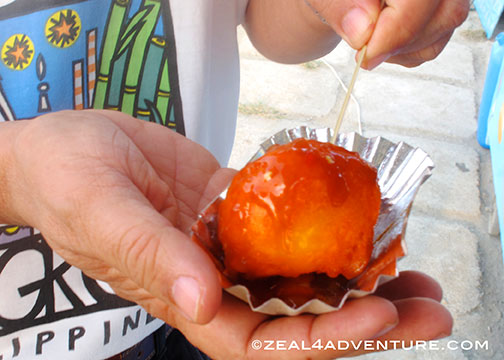 Trying a Tok Neneng — it really is just hard boiled eggs coated with an orange batter then fried.  It is flavored with the sauce of your choice ranging from sweet and sour to hot and spicy. 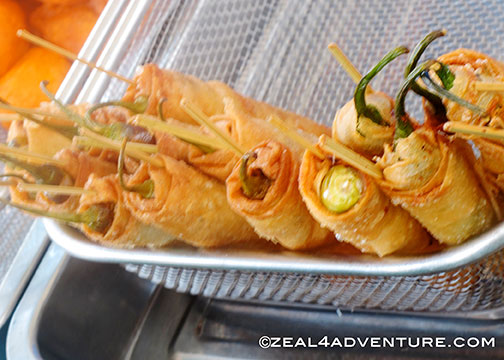 Some sort of a spicy cheese roll, the green pepper providing the heat.  Yum.

Seated near a stall enjoying our beer, our tok nenengs and the likes, the stall owner asked if we would be interested in some tamilok – a woodworm, sometimes also known as a shipworm.

It may look like a worm and called a worm, it is however not one.  It is a marine mollusk that tastes very much like fresh oysters, I found out. 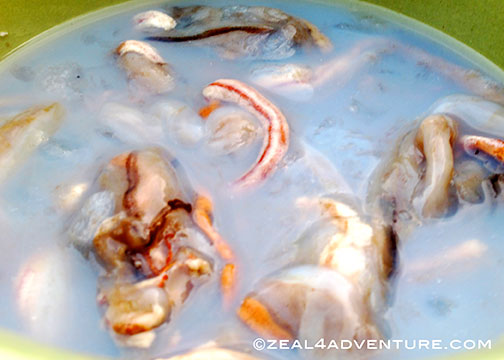 Curious that Andrew Zimmern found it fabulous, I should give it a try myself, don’t you think?  Now, fabulous it is not (for me), but it definitely would pass as not bad.

The more popular restaurants were either closed or fully booked, we ended up trying a new kid on the block. 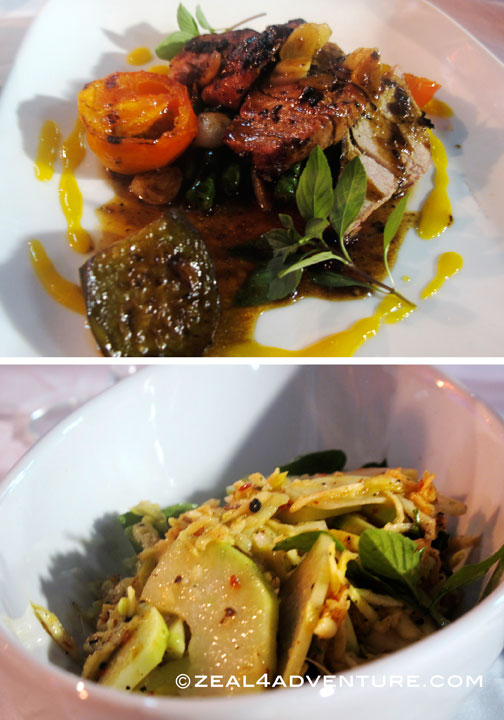 Blue Ginger serves Asian cuisine that is quite impressive but the one that had us all nodding our heads was this Texas Style Pork Ribs. 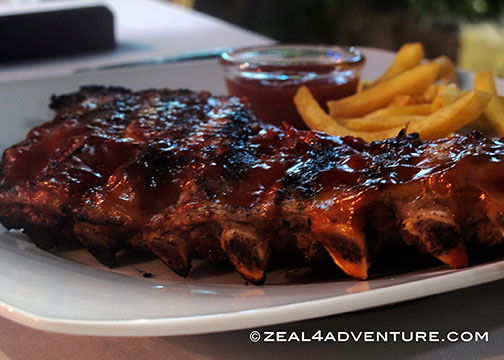 The chef’s American, that’s why.  In my books, this place is a serious addition to the many wonderful eats Puerto has to offer so far.

Satisfying day.  Tomorrow we’re off to my favorite Palawan getaway.