I walked around the part of Baixa closest to our hostel, bewitched. Lisbon, you are a surprise.

Elegant squares, streets filled with cafes and shops, old tramcars, street performers, Neo-classic and Art deco buildings, street vendors selling everything… All this adds to the charm of downtown Lisbon.

Baixa borders the river in the bottom of the valley and nestled among the hills of Alfama, Chiado, and Bairro Alto. It’s grid like area stands in contrast to the winding and complicated alleyways of neighboring Alfama.   A central location extending to the Tagus River and Avenida da Liberdade (the Liberty Avenue) and is considered the most elegant of all districts in Lisbon. 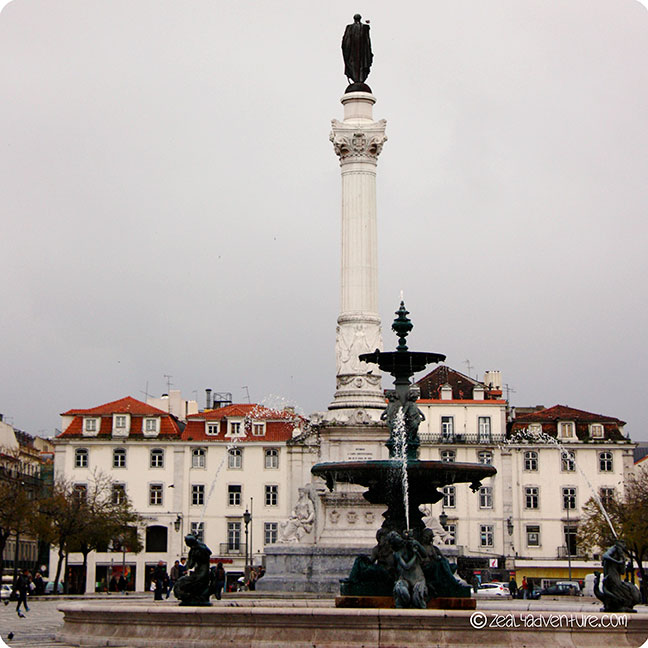 Rossio. Where the main central square is found. Officially named Praca Don Pedro IV, the square is also called Rossio Square because it revolves around Rossio. It is the heart of the city and surrounding it is nothing but a bundle of architectural delights and here’s sharing with you a bit of Baixa.

Neighboring the imposing Rossio Square is one of the city’s important transport hub. The metro, the buses, and the charming trams stop here and many shops, cafes, and guesthouses surround the square because of it. 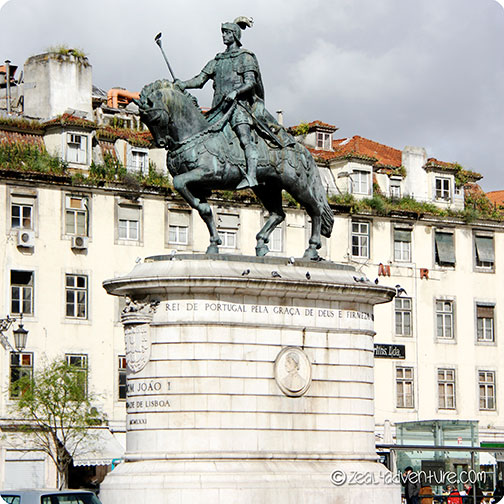 The bronze equestrian statue of King João I stand on a pedestal in the middle of the plaza, the beautifully designed grounds covered with pigeons. 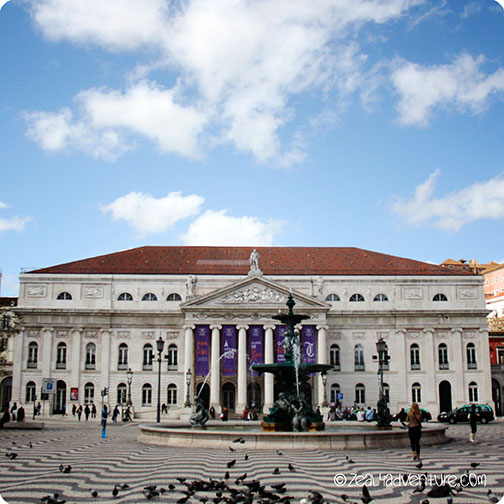 This beautiful neo-classical building survived the earthquake but was destroyed by fire in 1964. It was rebuilt in the 70’s and with it founded Lisbon’s municipal orchestra. Named after Dom Pedro IV, the theater’s façade dominate the northern side of Rossio Square and now hosts some of the most spectacular performances of Lisbon.

Just behind the National Theater Doña Maria II and a stone’s throw away from Pensao Residencial Portuense (our hostel) is a lively pedestrian street buzzing with outdoor cafes and restaurants.

It is a mecca for seafood lovers but ironically, we found Locanda Italiana where we were served a superb steak dinner.

This beautifully crafted lift southeast of Rossio Square is the area’s highlight. Raoul Meisner du Ponsard, an engineer, born in Porto to French parents and a Gustave Eiffel student, built this alternative transport to climb up the many steep hills of the city.

A challenge to Lisbon citizens for centuries. And until the underground Baixa-Chiado metro station opened in 1998, the Santa Justa Elevator was the easiest way to get to the Bairro Alto and Chiado district from Baixa. 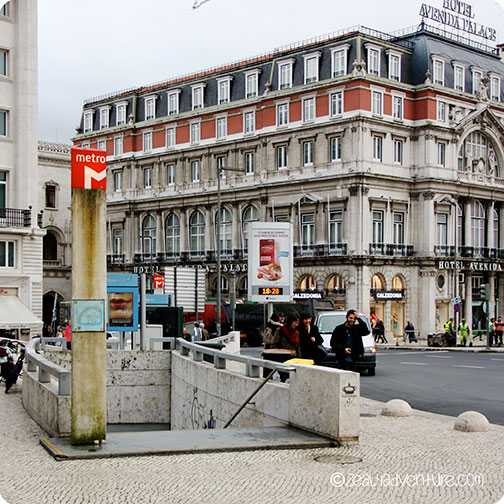 One of the most beautiful train stations I’ve ever seen. Looking more like a temple, the façade is decked with horseshoe doorways and the roof is topped with small turrets and a clock tower.

Influenced by the 16th century Portuguese Manueline style, the façade dominates the northeast side of the Rossio Square. Here, the trains depart for Sintra.

Surrounded by beautiful 19th and early 20th century buildings, an obelisk standing in the middle of the rectangular square. It has names and dates of battles fought during the Portuguese Restoration War and this entire square is dedicated to the country’s liberation from Spanish rule.

Nearby is the former Condes Cinema, a Modernist building built in the 1950s that reopened in 2003 as Hard Rock Café.

The square is also a few steps away from the Elevador da Gloria, a funicular linking downtown with the Bairro Alto district.

And this is just downtown Lisbon.

One thought on “Baixa: An Architectural Delight”