We could hear assertive arguments in the background.  When the other party left, we asked what that was all about.  You said that they were from the other island pressuring to discuss developments of the island.  Explicit in your battle to protect your land and resources, you struggle to preserve your indigenous culture and tradition.  An admirable task and we are with you in your struggle for existence in this world dominated by us, the “unats” – straight haired. 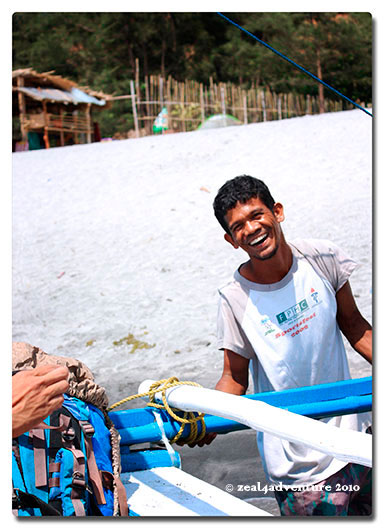 Mang Augusto and many like him have been struggling for existence after the Pinatubo eruption.  They are descendants of indigenous people who lived around Mt. Pinatubo of Luzon for thousands of year.  The Aytas or Aetas were forced into evacuation centers and many have been relocated throughout the country when tens of thousands of them were displaced by the dramatic eruption of Mt. Pinatubo.  Ash and lahar covered their homes and destroyed the forests, rivers and fields that had ever since supported their livelihood and this historical disaster radically changed their world in June of 1991.

Although they were among the first to inhabit the Philippines, they have been facing the same problems as other indigenous people in the Philippines – how to secure a land to make a living, enhance their human, civil and ancestral rights given that they can no longer live separate from the outside world nor maintain their basic source of livelihood. 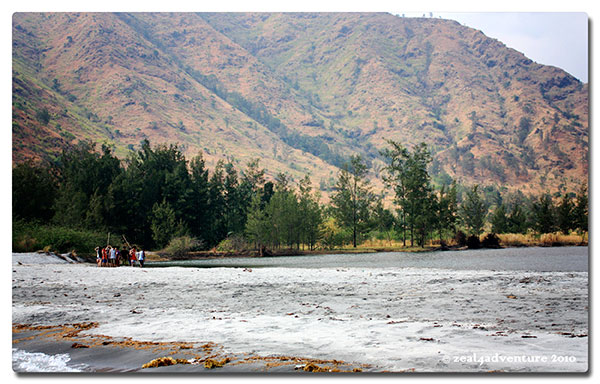 Nagsasa could be the next hot spot and may soon be at risk from commercialization,

which could probably strip the caretakers of the cove from their domain, this time by us, the “unats”.