It was a day of splendor and impressiveness and it had to end sometime.  So we checked in and had a quick bite before knocking off.  We were delighted to see Filipinos working there.  They, eager to see hometown folks, provided tips on how to get around town.

Apparently, we didn’t need a car or kill our soles walking to get around in Banff.  Their Roam public transit bus system is very convenient with routes covering the whole townsite and there are bus stops near just about any places of interest.

The next day was spent downtown.  First stop was the information center, then we walked over to a tour company where we booked an evening wildlife tour, we spent the most part of the  day walking around town, museum hopping and shopping.

Food, as usual, was essential to our enjoyment. We were eyeing it the day before and agreed that lunch the next day will be at Grizzly House.

It was the Buffalo burger that caught our eye.  We were not disappointed.  It was juicy and had a richer flavor than beef burgers.  Did you know that buffalo meats are healthier being lower in cholesterol yet higher in iron and protein?  That’s right!  A great tasting, guiltless lunch.

The guiltless lunch was necessary for the dessert to come.

Choco-mint and Amaretto fudge.  Right beside Grizzly House is this candy store called The Sweet Shoppe and we went gaga over those fudges the minute we tried a small piece of sample.  The fudge was really a tad too sweet for my taste but it looks so irresistible and the flavors blended so perfectly with the chocolate, you seem to accept the sweetness, especially if paired with a good cup of black coffee.  Perfection.  This is how to gain instant weight!!  But who cares… I’m on vacation, am I not?   😉

So with that dessert we were ready for some serious walking around town.  And here are some of the town captured through my lens.

Banff with Sulphur Mountain as its backdrop. 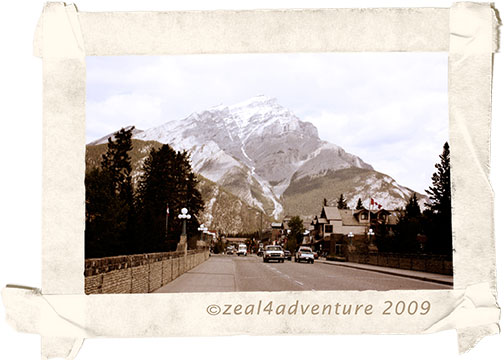 Taken from the bridge.

Fudge from the Fudgery.

We also checked out some museums along the way. 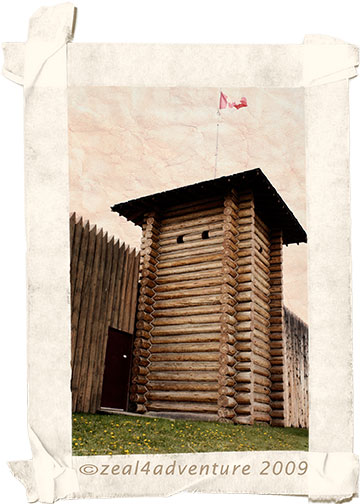 Just a few steps away from Banff Indian Trading Post, this museum returns you to when First Nations people followed the buffalo herds into the Bow Valley, hauling their belongings by travois.

It tells the story through interpretive exhibitions, artifacts and dioramas.  The museum displays a wealth of Native artifacts and collections from richly ornamented costumes, beautifully decorated teepees, colorful quillwork to historical hunting equipments. 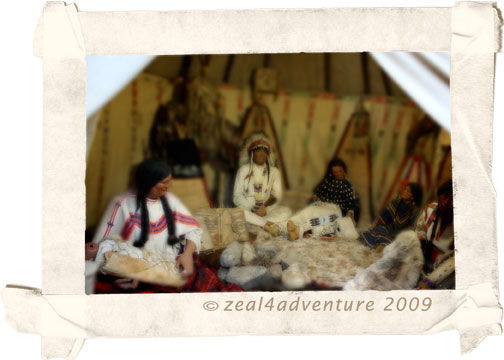 It is a cultural display that celebrates the richness, diversity, continuity and above all, the resilience of the First Nations people.  Life sized scenes from the life of the plains before the Europeans arrived are depicted in a reconstructed fur-trading post.

Norman Luxton, for whom the museum was named, ran the trading post.  Luxton developed a long-standing relationship with the Stoney Indians and the Luxton Museum’s collections display some of the memorabilia he obtained through the years.

This 1903 log cabin characteristic of early federal buildings is the oldest Natural History Museum.  It is a fascinating little museum. 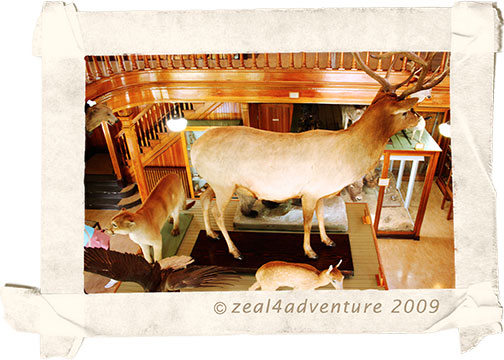 Not only did it have Banff’s mammals, birds and insects preserved in authentic Victorian style display cases – many of which visitors hear about but didn’t get to always see in the wild — it also is like seeing through the eyes of an early 20th century visitor with some of the displays dating back to 1860.  The amount of animals was probably the most interesting part – coming from the Philippines, many of the North American animals are unfamiliar to me so it was interesting to learn and see them up close. 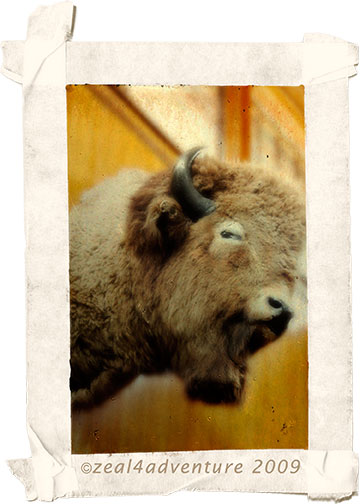 Up next… the real thing.

5 thoughts on “Lazing around Banff”