There are lots of glorious lakes within Jasper National Park but there is one lake that lured us no end.  Medicine Lake, just approximately 20km southeast of the townsite.  A geological rarity.  Why? you ask.  We all assume that Medicine Lake is a normal mountain lake but it isn’t.  It is perhaps best described as a sinking lake that has holes in the bottom like a bathtub without a plug.  During intensified runoff of summer, too much water flows into the lake filling the drain.  Before long, the lakebed begins to fill and by late spring, early summer (which was about the time we were there), Medicine Lake is in its full glory.

Medicine Lake is located along the road to Maligne Lake, a lake almost synonymous with Jasper. On our way to Malign Lake one evening, the still water perfectly reflecting the mountains and the sky caught our attention.  And so we stopped and admired its glory. 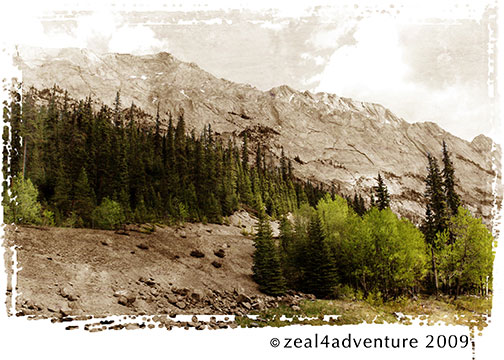 A great road route to spot wildlife, we were told, was also probably the main reason why we ply that route more often than once during our stay in Jasper.  It is Caribou land and we got word from a tourist we met earlier that there were caribous and bears (ok maybe he was exaggerating and there was only one) lurking around.  More than enough reason to go back again and again even if we were out of luck as far as caribous and bears were concerned.  It is, after all, a glorious lake, er, body of water(?) during the summer months. 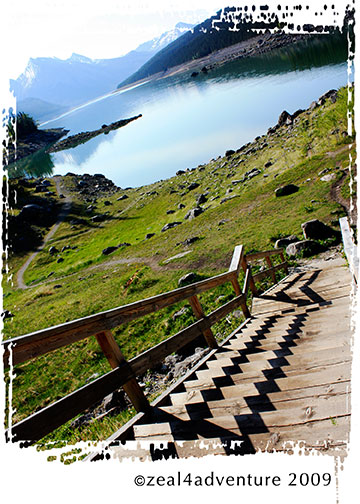 One thought on “Medicine Lake: The Lake that isn’t”