Having heard this, it had been my desire (and a thrill when it finally happened) to explore the world where sea turtles, giant groupers, whale sharks, marine mammals as well as giant clams abound not to mention coral reef formations that hosts 60% of the world’s tropical fishes.

Situated between Luzon and Mindoro, the 1.14 hectares marine area is home to numerous businesses and has great potential for eco-tourism development. 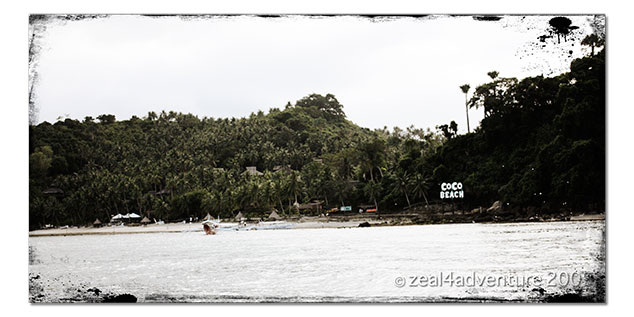 Must be one of the oldest resort in Galera

Known for its beautiful beach and dive sites and a popular destination among local and foreign dive tourists.  Numerous resorts lining the coastline of Batangas Province threatens its underwater treasures from coastal infrastructure development, pollution and destructive fishing.

Fishing, being one of the major activities of coastal communities in the VIP, has been recently held at bay.  Soon after its Smithsonian declaration, President Arroyo declared it a marine sanctuary and a national protected area.   🙂

Located not too far from Puerto Galera, we rode a basnig from the Anilao Pier which took us to Sandbar Beach Club in Puerto Galera which became our base and home for the night. 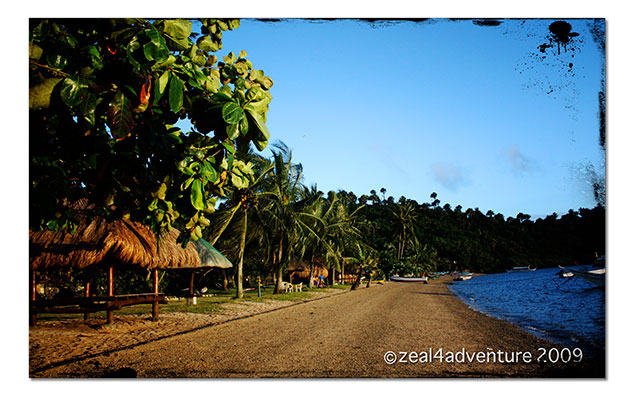 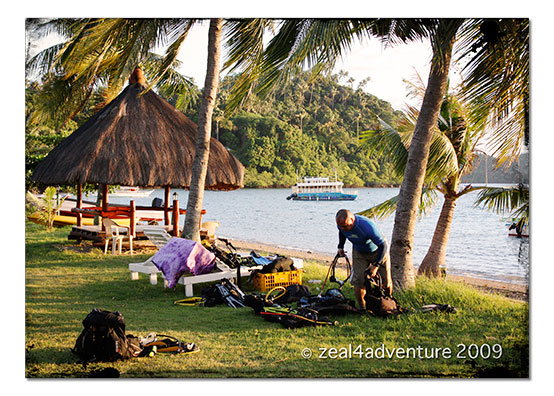 Not exactly a dive resort, we had to gear up in the garden. 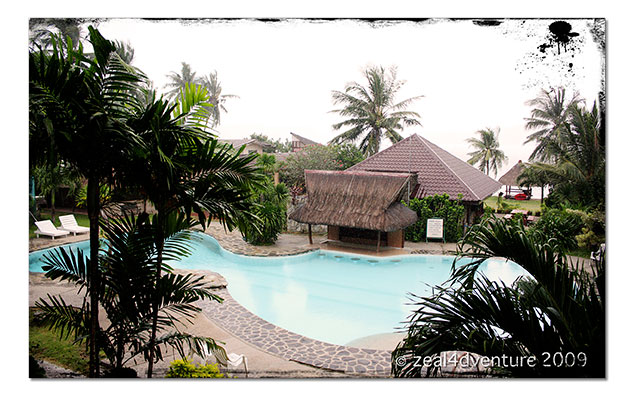 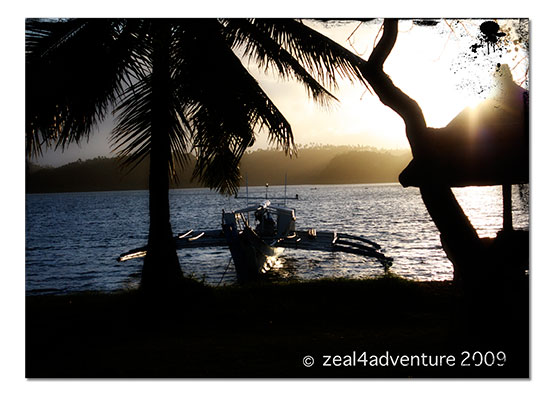 The dive boat ready for us on an early morning dive.

Some of the dive sites explored during our 2-day dive: 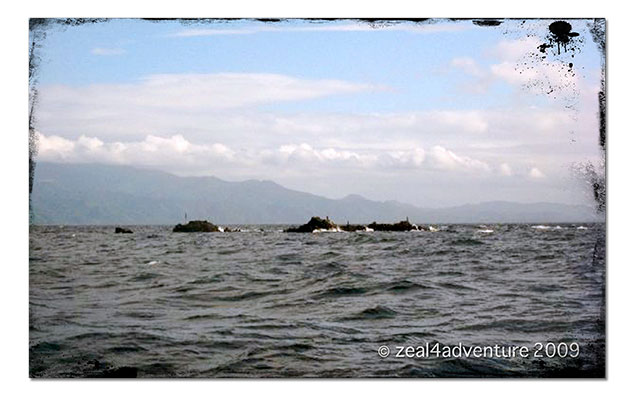 By far the most well known and interesting site in Verde Island.  Also called Agapito Island from the rocks sticking out of the sea.  The wall descends almost vertically to unfathomable depths.  It boasts of a submerged mountain with a pinnacle that drops off to 100m or 330ft.  It is home to eels, nudibranchs, surgeon fishes, fusiliers, batfishes, jacks, giant gorgonian fans and garden of corals. 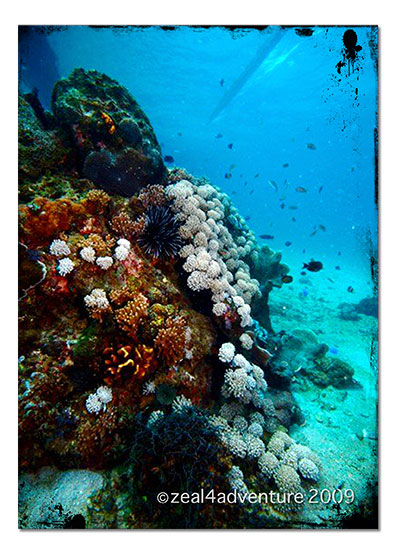 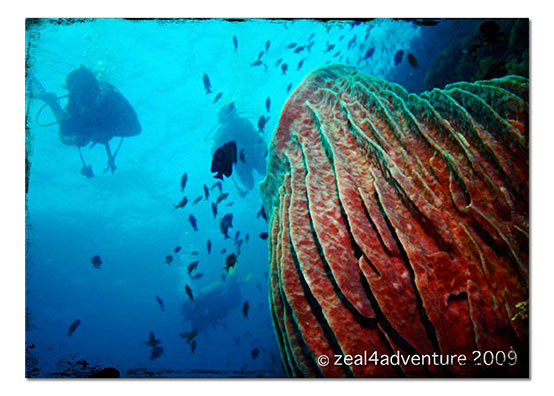 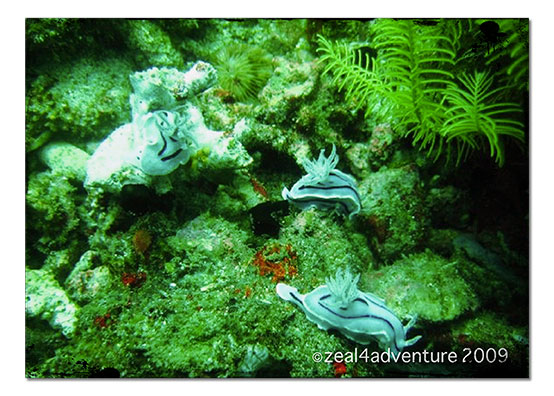 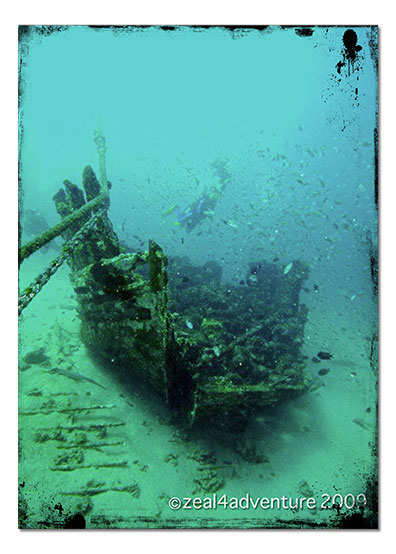 An old Vietnamese fishing boat sunk off the front of Sabtang beach sits upright in 18M on a sandy floor.

A mooring line is attached to the bow of the wreck, which makes it easy to descent or do safety stops with. 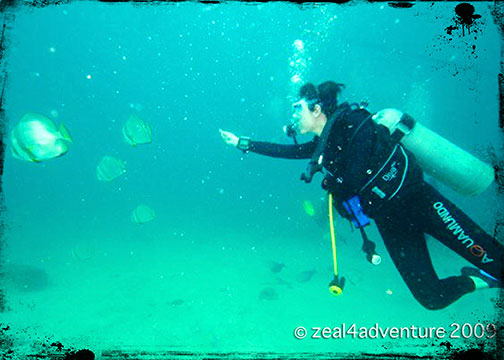 A resident school of bat friendly batfish and large surgeon fish make this a popular dive spot.  Surrounded by sand, the wreck has attracted many eels, damsels, and trumpets.

A sea of starfish

A giant jack — we saw a school from the same dive

A relatively quick descent is recommended as one enters the water.  A challenge for those not use to strong currents at depth.  Rewarding nevertheless. 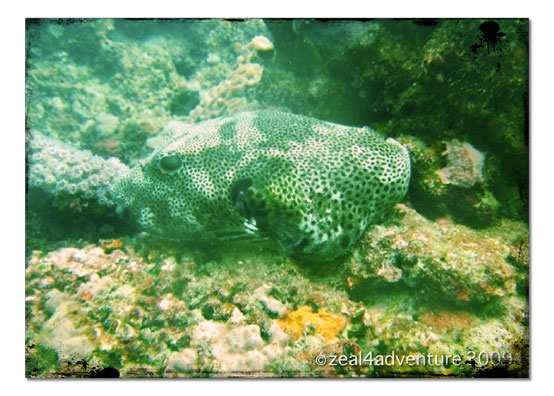 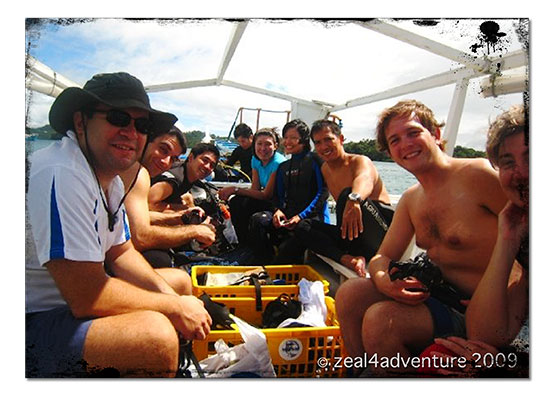 Over too soon but it was a great weekend adventure.  Happy to be ticking this off my “must see” list.

Credits:  Underwater photos by R. Formoso and A. Vidad.

9 thoughts on “The Center of the Center: Our VIP experience”