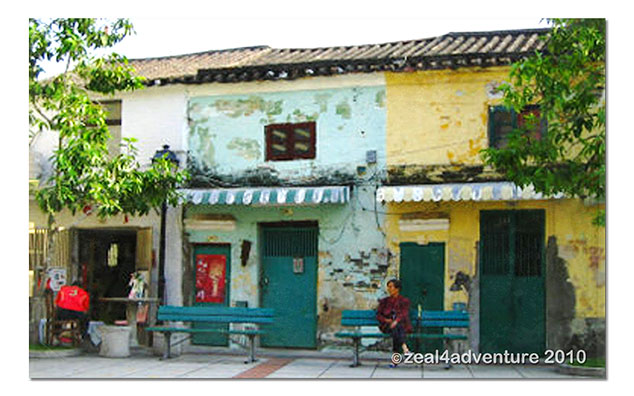 Here in the narrow streets and alleys with multi-hued buildings with peeling paints and stained walls lives the real Macau contrary to just a few meters away where The Venetian Macau Resort and Hotel stands. 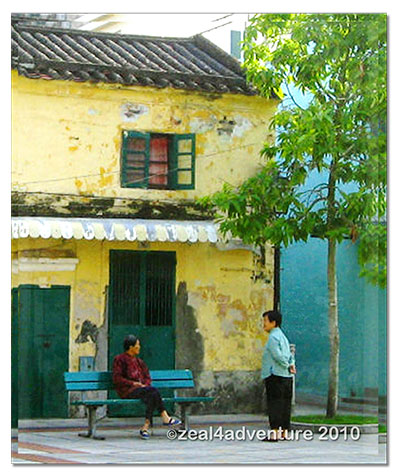 Oblivious to the developments that will eventually comprise 14 resorts, the locals still while away time, chatting on benches around the square.

Although this rural part of Macau is slowly transforming into one of the biggest tourist destination in Asia, there still remains a section that is evidence to Macau’s centuries-old cultural heritage.  A quaint village on what was once Taipa Island’s southern shoreline. 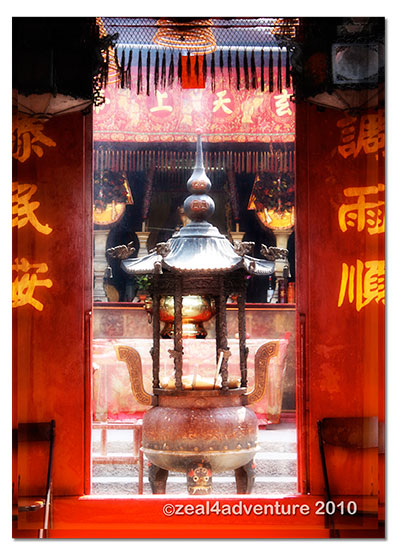 Pak Tai Temple — one of the biggest temple of Taipa

Taipa Village or Tamzhai (in Cantonese) is still made up of Chinese shophouses, Portuguese-style offices, and temples all around. 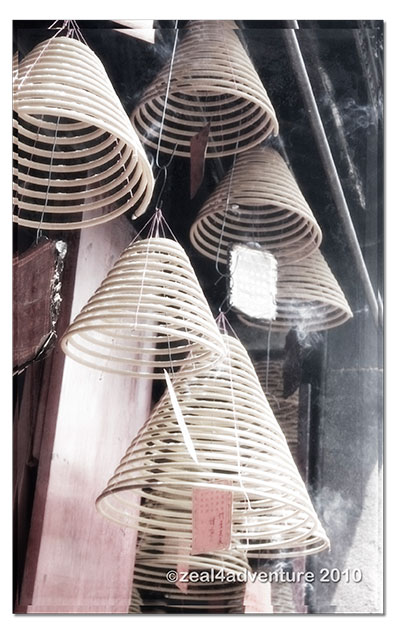 A good place to learn about the history and culture of the area as there are plenty of them to explore. 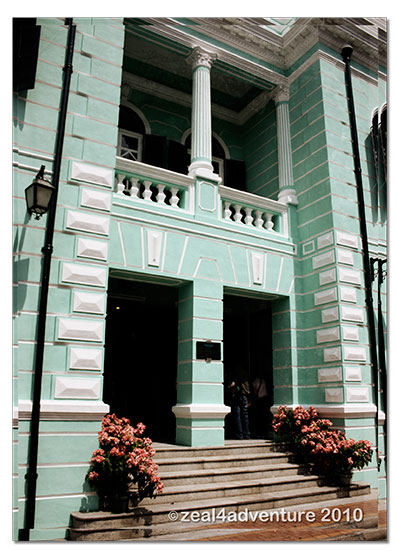 The museum of Taipa & Coloane History is a comprehensive exhibit of historical relics unearthed on Coloane, 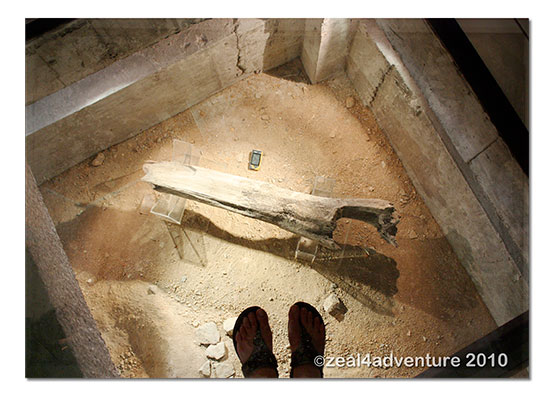 The glass floor to view the relics from the basement

the stone architectural remains in the basement of the former Island Council Building. 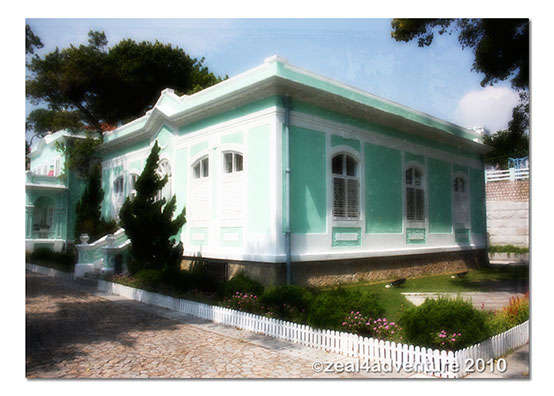 A few minutes walk to the east from the village is a waterfront area where remains a superb old colonial promenade, Avenida de Praia, complete with original houses.  The Taipa House Museum (or the Casas- Museu da Taipa)  shows a number of 20th century houses restored to depict details of turn-of-the-century domestic life of the Macanese families, highly religious, well-to-do but not extremely wealthy. 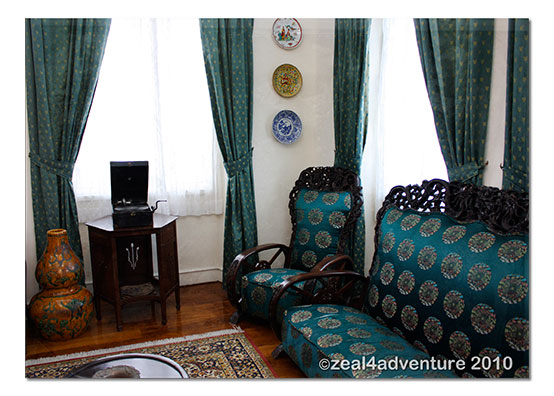 The Macanese House is one of macao’s typical houses in colonial style reminiscent of a period of Portuguese splendor characterized by frequent influx of the Portuguese, British, Mandarins and merchants in this tiny territory. 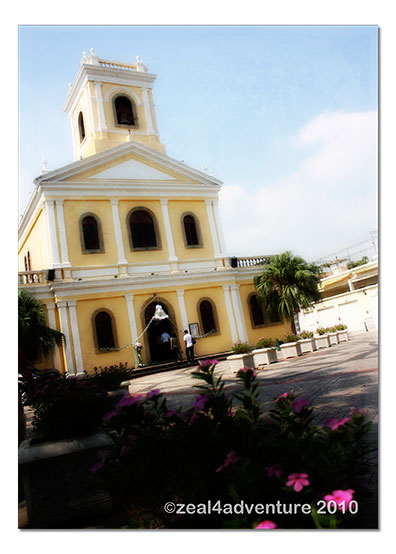 Carmo Church — 0ne of the eight views of Macau

Although Taipa’s northern shore is hardly worth a stop now, Taipa Village on the southern shore and Avenida de Praia is definitely a pleasant walk where faded mansions and wooden benches seem frozen in time.

6 thoughts on “The Real Macau”