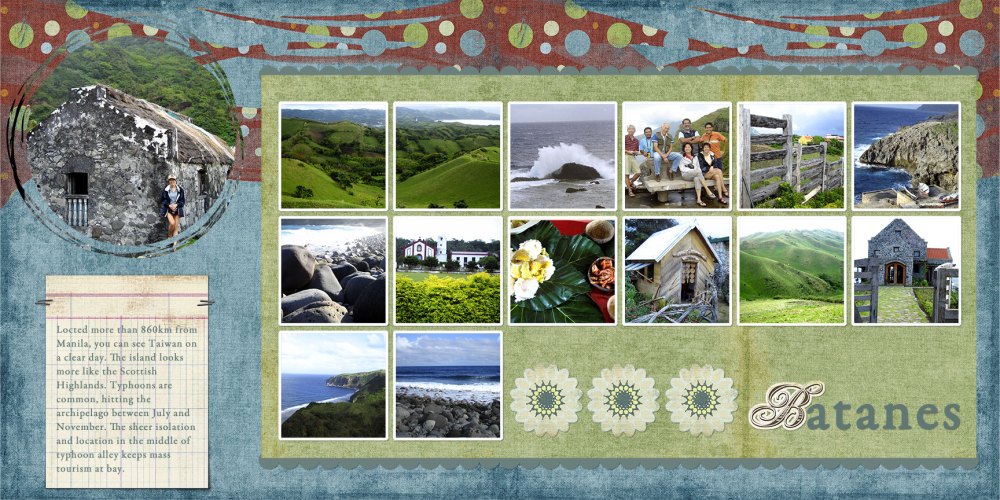 Located more than 860 km from Manila, you can see Taiwan on a clear day.  The island looks more like the Scottish Highland.  Typhoons are common, hitting the archipelago between July and November.  The sheer isolation and location, in the middle of typhoon alley, keeps mass tourism at bay.

My journeys to Batanes have been a series of milestones.  I first set foot on this northernmost part of the Philippines, the home of the Ivatans, in 1997.  That trip started it all.  It catapulted my zeal for adventure.  I found myself back nine years after, this time to explore the farthest inhabited island of Batanes called Itbayat.  And very recently, another dream brought us back to this pretty corner of the world.  A new milestone to achieve.

Batanes continue to enchant despite commercialization.  More frequent flights fetch more tourists albeit still miniscule compared to other destinations.  The size of the plane allowed to land at the Batanes airport prevents mass tourism from flocking in still.  With its rolling hills, ancient cultures, traditional stone houses, and breathtaking landscapes, Batanes is worth exploring again and again.  Let this post be a prelude to an ultimate adventure.  Stay tuned.