Between the provinces of Malaga and Cadiz, lodged between the valleys and mountains or clustered high on the hillsides within the Sierra de Grazalema Natural Park, lies a cornucopia of sleepy white towns and villages.  Traditionally lime-washed but now painted white houses make up these towns.  Known as the Pueblos Blancos, they create a striking contrast amid a backdrop of rugged limestone mountain.

Out of the 6 or 7 noteworthy villages on the Ruta de los Pueblos Blancos, we managed 3 on a rented Opel. 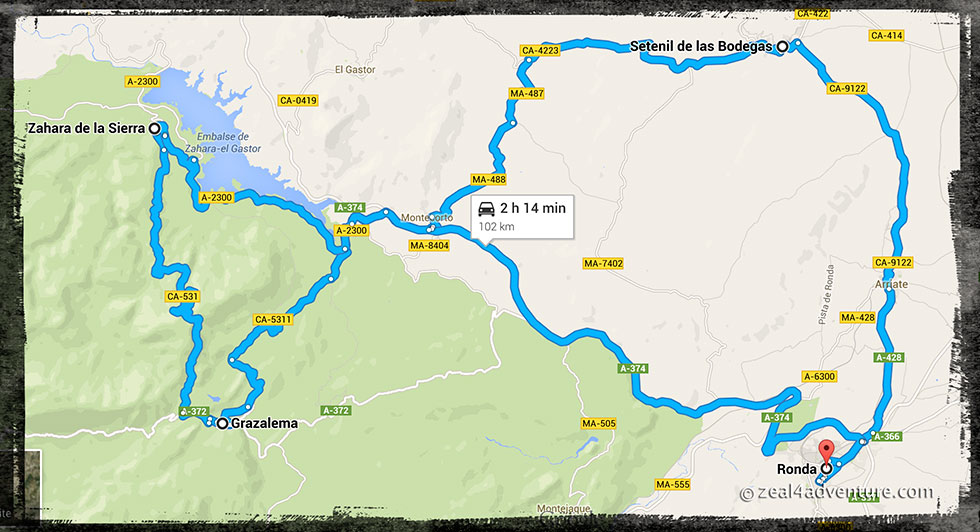 After breakfast, from Ronda we headed north via the A428 and found our way to the first village on our route, Setenil de los Bodegas. 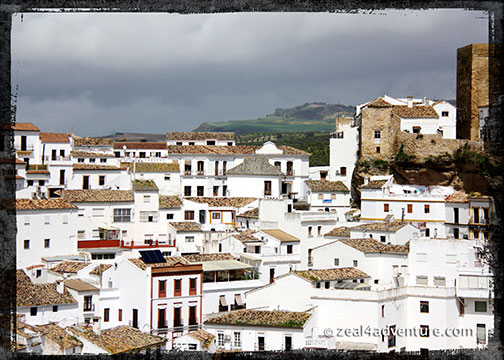 This quaint little village has houses built into rock overhangs above the Rio Trejo, many of which have the rock as its natural roofs and walls.

Fetching in an unusual kind of way, this Setenil. 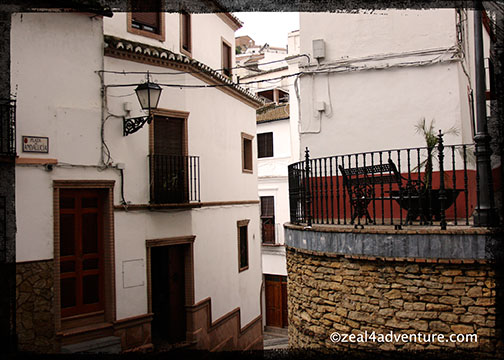 Looking for a place to have a few beers and tapas (as it was nearing lunch time), we discovered that the hilly, winding streets in some parts of town are intimidatingly narrow

especially if one’s stick shift skills are rusty and the car is rented.

I don’t remember anymore what drew us there (hunger perhaps) but following the recommendation of the owner, lunch was truly satisfying.

Let me first tell you about this stunning natural park, Sierra de Grazalema.  It was declared a UNESCO Biosphere Reserve in 1977 because it has an exceptional variety of flora and fauna. 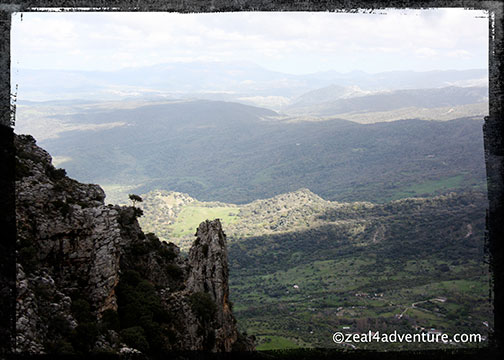 Do you see the eagle perched on the craggy edge of the limestone?

A karstic region set in 51,695 hectares of land that is surrounded by a string of limestone mountain ranges known collectively as… Sierra de Grazalema.  So imagine the spectacular vista of rugged limestone cliffs, and impressive gorges, magnificent forest of rare Spanish firs, and the attractive white towns dotted around the sierra.

The village of Grazalema is located right at the center of its foothills.  A beautiful white town beneath the craggy peak of San Cristobal. 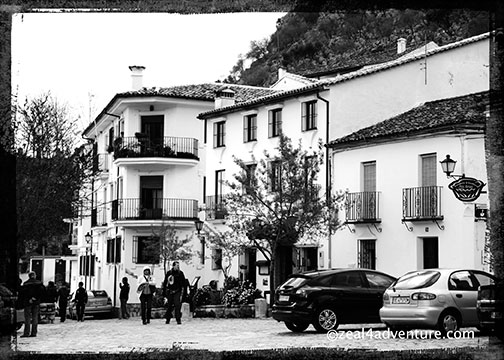 It has its own charm with a simple central square, the Plaza de España, and cobbled streets lined with whitewashed houses with wrought ironed railing covered windows.

The town has two beautiful churches, Iglesia de la Aurora on Plaza de España and Iglesia de la Encarnacion.  It is an ideal base for those who want to hike the sierra.

The last village we managed was the most picturesque among the three and a real must. 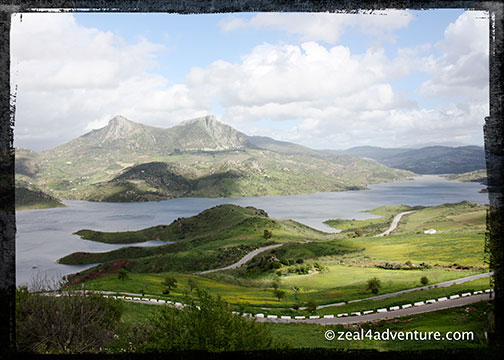 At the northern end of the Grazalema Natural Park, this pueblos blanco overlooks the turquoise water of El Embalse, a huge reservoir that dominates the view from the village perched atop a hill. 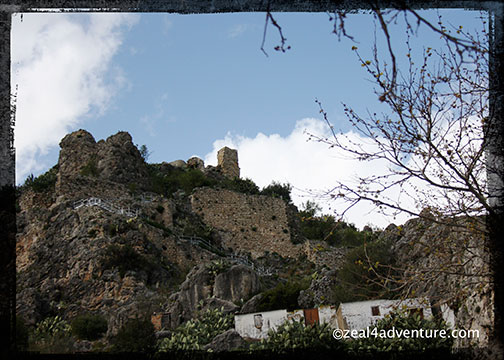 Zahara de la Sierra, once an important Moorish town has the surviving tower of the 12th century Moorish Castle looming over the valley. 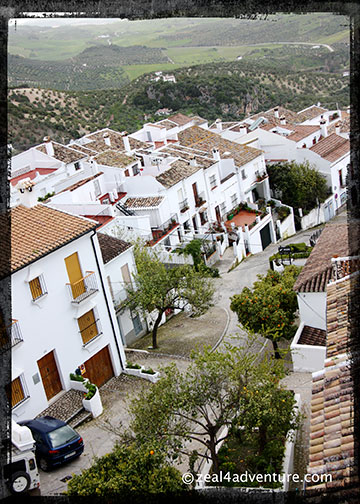 Scattered below on the slopes are the red-tiled roof whitewashed houses of the village.

This couldn’t be a more outstanding finale to this excursion.  Although we barely scratched the surface, like Ronda, visiting these pueblos blancos gave us a taste of the real Spain, its laid back way of life.

Amid such splendor, how can you not stop and smell the flowers?  Cherish its beauty?  Why would you even want to go anywhere?