I took a leaflet. “This is better,” the lady at the counter recommended a different one. “If you don’t mind, it’s at the outskirt of Sevilla. You will be picked up,” she added. “It’s €38 per person and comes with drinks and tapas.”

And so, there we were in front of the Plaza del Toro a quarter before eight as instructed. At exactly eight, a van stopped in front, a lady came out greeted us and off we went.

Maria introduced herself as the co-owner of Flamenco Esencia, the company on the leaflet. They promised an authentic flamenco performance in an intimate setting. Not that easy to come by today, so I heard. Most performances are produced with tourists in mind. Maria, being a flamenco dancer herself (and respected one in the industry at that), had thought to revive flamenco performances the way it was intended to be: up close, spontaneous, and unplugged.

With her influence, she has established and upcoming but promising flamenco artists on stage together resulting in performances that vary in style and temperament, depending on who are performing. We were awarded an outstanding, heartrending performance.

We had a glimpse of the Sevillian countryside on our way to the venue in Salteras, a small village 10 kilometers away from the city center.

In a narrow street, we walked into a high 19th-century bodega where we were greeted with a glass of wine. 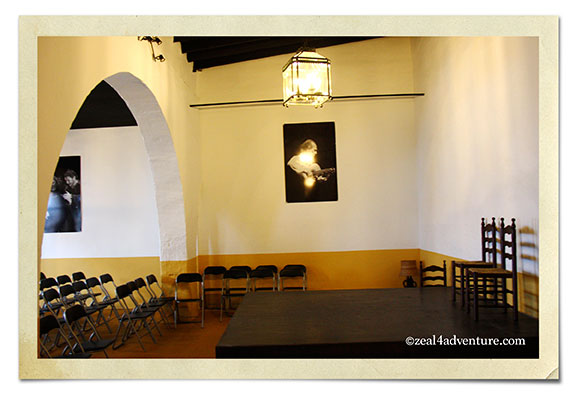 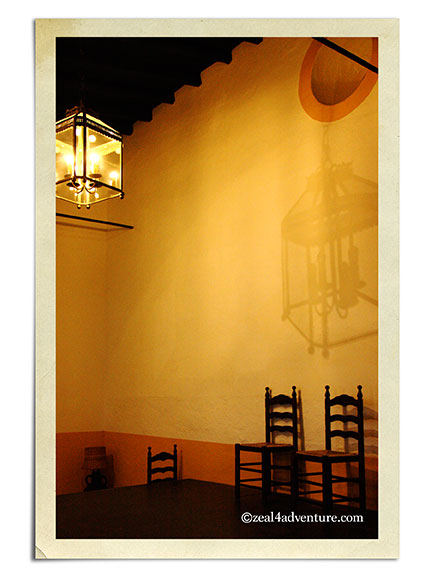 It is a small space with a high ceiling that has seats only for a limited number of people, I estimate about 40. Aside from the eight of us, a few more people arrived; I assumed were regular enthusiasts and friends.

The informality and friendliness that was shown the entire evening evoked a sense of genuine hospitality that I suspect isn’t felt in a regular show in the city.

Flamenco was an expression of denial, a means of escape of the persecuted gypsies back then. It was a mockery of paradoxes, which symbolizes their way of life evident in the supercilious dancers in bright costumes, the intricate rhythm set by hand clapping and foot stomping, and the raspy wail of singers echoing the Muslim’s call to prayer. And for at least 200 years, Flamenco has existed and has become an important part of Southern Spain’s cultural heritage with Seville as the center of this performing art.

One thought on “Our Flamenco Fling”