“Alfama” recommends Hossein. For an authentic fado vadio, our “unofficial” guide guaranteed that this place is it, writes down the name and address of the bar, then points it out on our map. 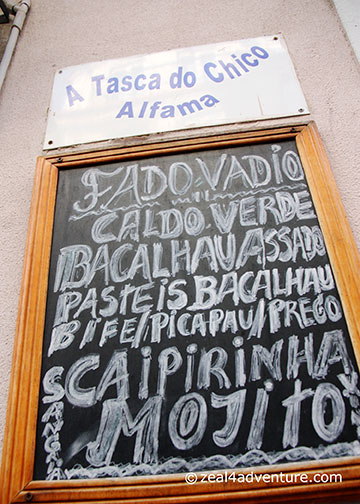 On Rua Dos Remedios, we found A Tasca do Chico. It was Fado Vadio (amateur fado singers) night.

The small joint only had a few tables, perfect for intimate and informal performances.

Dinner was simple but we were there for Fado anyway. It was an absolutely enjoyable evening of soulful music. A must in Lisbon.  Really.  Don’t leave Lisbon without a live experience of Fado music. 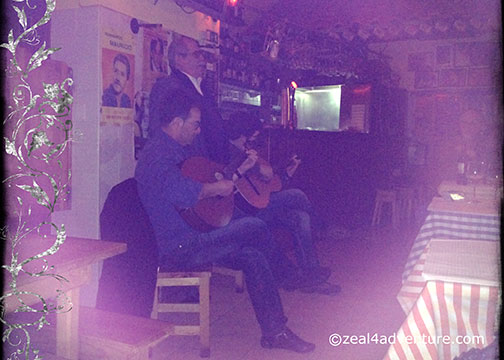 So what is Fado? I too, have  never heard of it until I read up on Lisbon. It is a music genre traced back to the 1820s and 1830s at best. Although difficult to trace, it seems to have its roots in the merging of Portuguese, Moorish and African culture. Fado songs can be about anything but it is a traditional form of urban folk music. The Portuguese language has a word, saudade, which roughly means nostalgia or homesickness with a bittersweet longing. Fado music is exactly that. It often conveys a yearning for what could have been or what cannot be. Most of its lyrics are about lost or unrequited love, jealousy and passion, death, and the lives of the Fadistas (fatalists).

There is no better place to experience the nostalgia of Fado than in Lisbon’s oldest district, Alfama. But it is not only famous for its Fado music as to visit Alfama is to visit the architecture, sound and smell of old Lisbon.

And so we went back the following day. Alfama is Lisbon’s most symbolic quarter. The oldest district of Lisbon spreads down the southern slope from Castelo de Sâo Jorge to the River Tagus. The Mouraria and Alfama (both old districts) were relatively spared during the Great Earthquake, 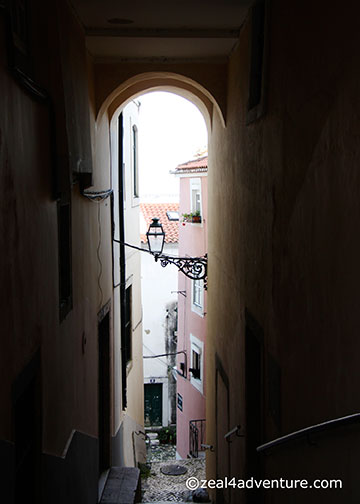 A walk through the old-fashioned residential neighborhood is like stepping back in time. 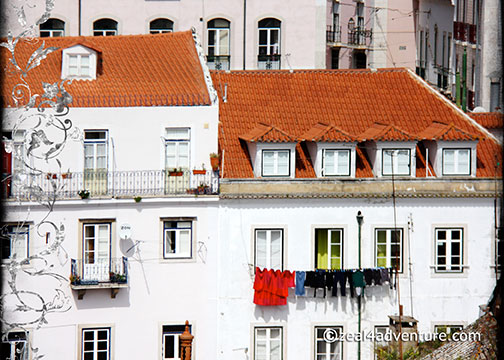 It’s a village still made up of tiny spaces, whitewashed houses with iron balconies adorned with pots of flowers and drying laundry.

The best way to get to know Alfama is to wander around.

The outstanding views, the churches, and the breathtaking panorama of the city from the castle were worth another trip back the next day. Some scenes from our wanderings: 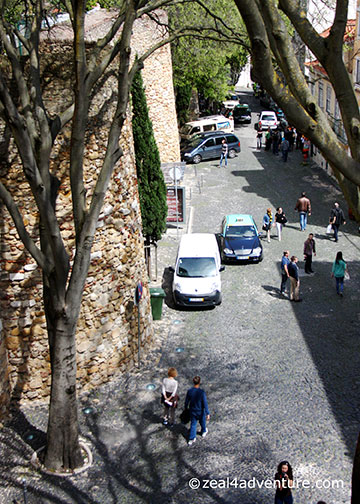 Although we didn’t have time to explore, Castelo de Sâo Jorge is a Moorish castle occupying a commanding hilltop overlooking the historic center of Lisbon and Tagus River.

As in from Baixa.

It can be seen from almost everywhere on the city.

Miradouro de Santa Luzia is a romantic terrace by the church of Santa Luzia with a view of the river and Alfama. On the outside wall of the church are 2 tiled panels, one of Gomercio Square before the quake and another showing Christians attacking the castle.

A few steps away from Miradouro de Santa Luzia is a balcony that opens to the river offering spectacular views over Alfama.  A statue of St. Vincent holding a boat and 2 ravens also stands proud watching over the district. Miradouro Das Portas Do Sol.

From the balcony, one can spot Sâo Vicente de Fora Monastery, an exceptional 16th-century monument located outside the city walls. “De Fora” means on the outside. 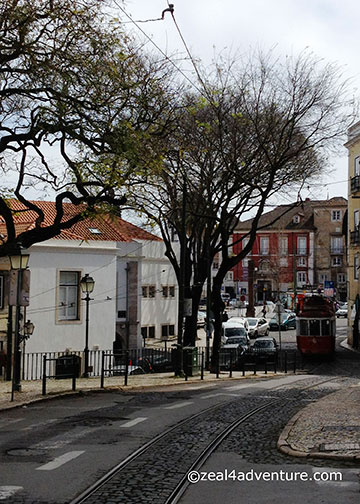 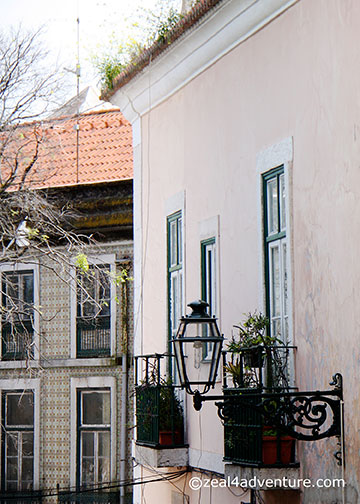 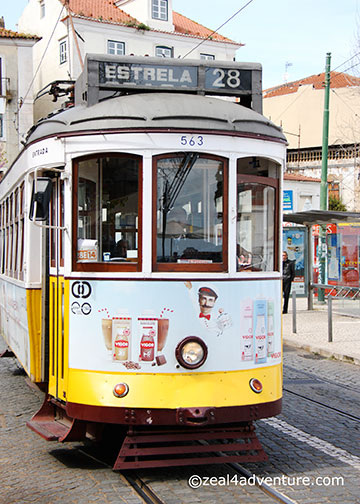 Walk from Rossio or take tram no. 28

4 thoughts on “Alfama: The Home of Lisbon Blues Music”