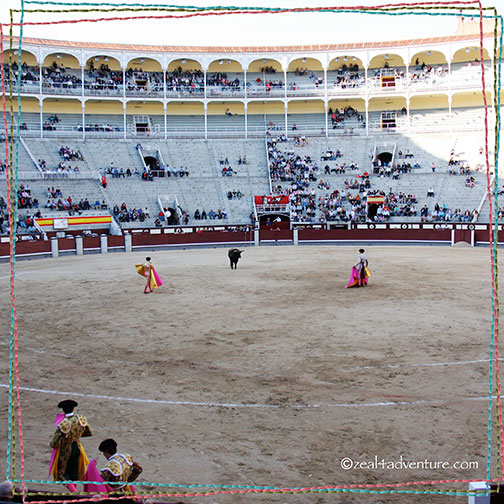 One April evening, enthusiast and curious tourists from around the world enter the massive arena of Las Ventas to witness a bullfight. I was there too, sitting in the Sombra (shaded) section, quite close to the action. 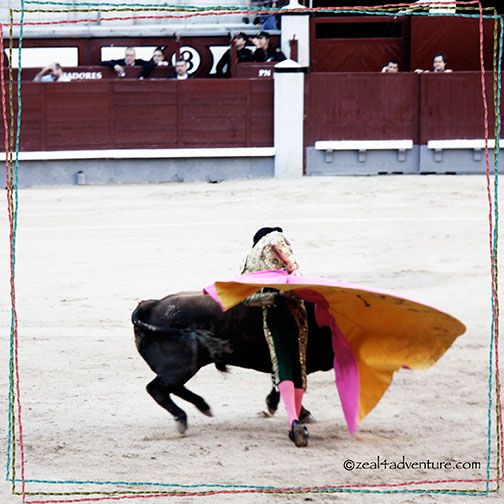 Bullfighting or a corrida is an ancient tradition that goes back four millennia, practiced by many different cultures. Three toreros (matadors) fighting six bulls, each with 6 assistants: two picadors (lancers) mounted on horseback, three banderilleros (flagmen) and a mozo de Espada (sword servant). Together, they form a cuadrillo or an entourage. 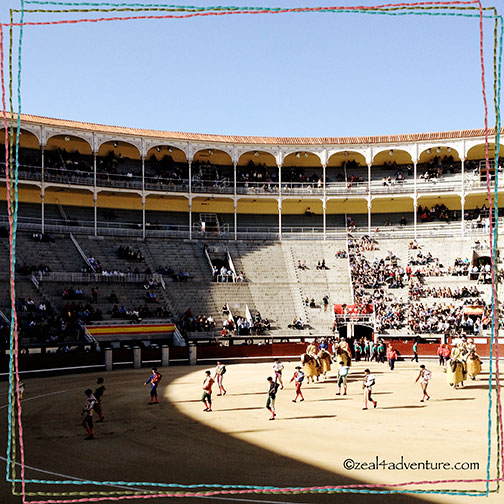 The trumpet sounds and in flamboyant bullfighter costumes, the entourage parades into the arena. The corrida starts with the first bull entering the field from the Puerta de las Toriles, where it waited. 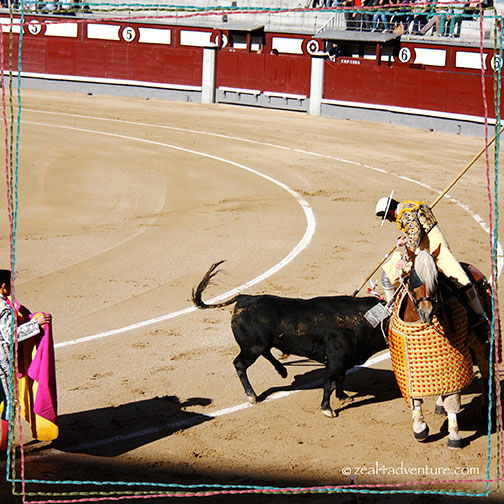 The picadors mounted on heavily padded horses follow. Bull attacks the horse, the picador stabs its neck, the bull weakens. 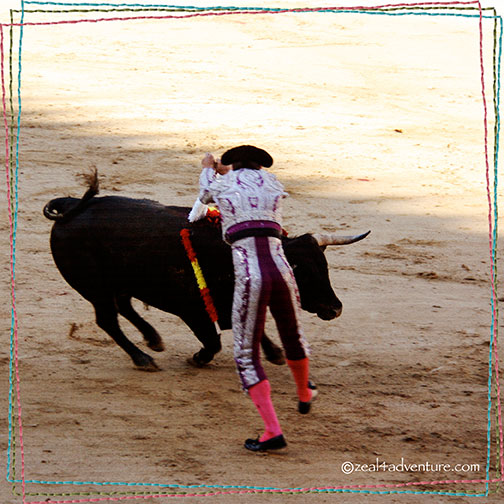 Then three banderilleros enters as the picadors leave, plants spiked flag sticks into the bull’s shoulder. 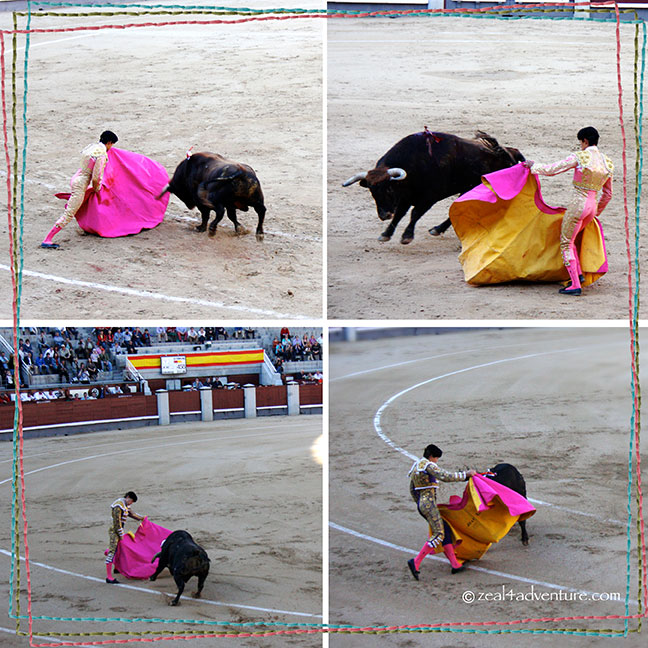 When the bull is deemed weak enough, the torero appears and works the bull with several runs at the cape. The whole spectacle comes to an end with the torero killing the bull with his sword. This was repeated six times. 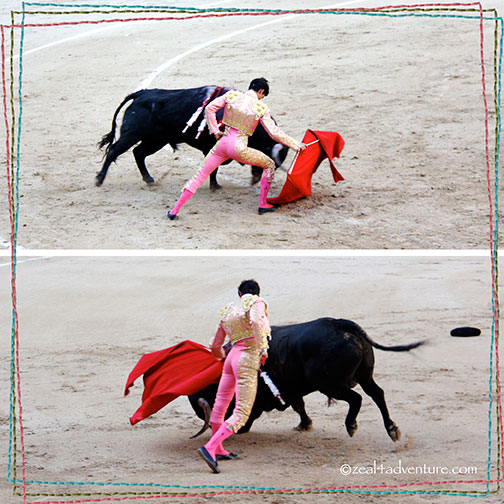 Did I enjoy it? Many times I cringed, especially when the puncture wasn’t clean. No, I will not watch it again. Just once, I told myself.   Hard as it may be to watch, I could not deny that it was a cultural experience hard to forget.