It was a quick trip to Hanoi… just four days. Got to admit, it was way too short, but a quick getaway was all we can spare. There will be a next time (that’s for sure) when I eventually make my way to Hoi An and Hue.

Before I end this short series on Hanoi, let me leave you with a few more cultural highlights to consider.

Not exactly an award-winning performance but it is a tradition that dates back as far as the 11th century and interesting insight into its theatre culture, which the Thang Long Water Puppet Theater attempts to keep alive.  A unique variation on the ancient Asian puppet tradition that involves the water, the Mua Roi Nuoc uses nature as the theme with ponds and flooded rice paddies after harvest in their acts to satisfy the spirits. 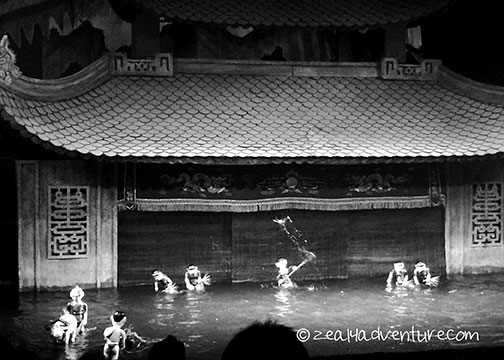 The puppeteer stand behind a screen and control the wooden and lacquered puppets through rods and string mechanism hidden beneath a waist deep pool that is also the stage.

Located near the shores of Hoan Kiem Lake, the theater offers several performances every day from 16:15 to 21:15. Book in advance because it often gets filled. Most lodgings can help in that area. 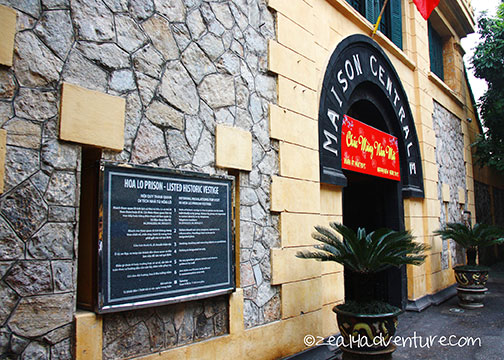 This one piqued my interest. Popularly know as the Hanoi Hilton, this museum was once a prison. The Maison Centrale was first used by the French to house political prisoners, and later by the North Vietnam for prisoners of war. And because of this, the American POW sarcastically gave it its famous name.

The museum provided some insight on the gruesomeness that might have taken place in the POW camps. Guillotine and guns remained in the hall. Albeit gory, it was an engaging stop over from a day of wandering around the city.

One of the two guillotine that the French Colonialist used to behead revolutionary patriotic soldiers imprisoned in Hoa Lo Prison.

In Hanoi, most establishments have narrow frontages and are built beside each other; Hoa Lo Street is the only street with only one address – the prison. It occupies the length of Pho Hoa Lo, right at the corner of Pho Ha Ba Trung on the edge of the French Quarter. 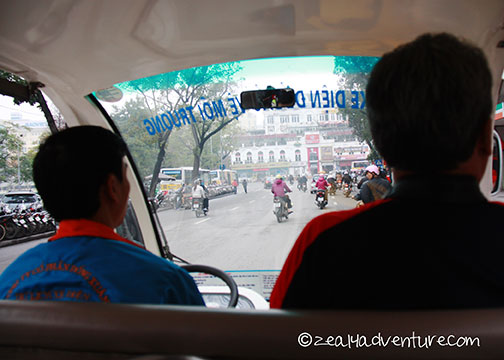 For 15,000 VND, these cars are an easy and a green way to get a grip on the surroundings.

It takes you to places of interests in the Old Quarter and Hoan Kiem Lake area, which provides a wonderful overview of the area and highlights sections you want to explore more. 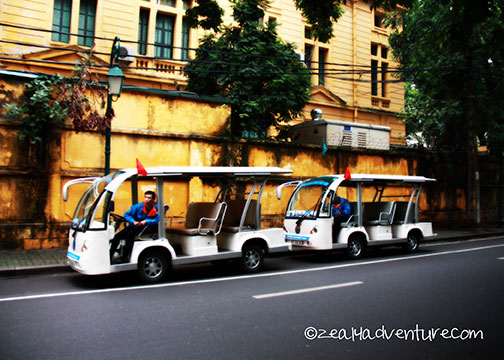 Each car can carry up to 7 passengers at one time and takes about 45 mins to an hour (depending how long you stop at each attraction).

Tickets are sold at a stall in Dinh Tien Hoang Street – the tree-lined boulevard right next to Hoan Kiem Lake, opposite the Thang Long Water Puppet Theater. With the number of e-cars parked nearby, it is easy to spot.

And if coffee is your thing, you know that you can’t pass a day without enjoying a cup of slow drip Vietnamese-style coffee, hot or cold.

One thought on “Hanoi Heritage”