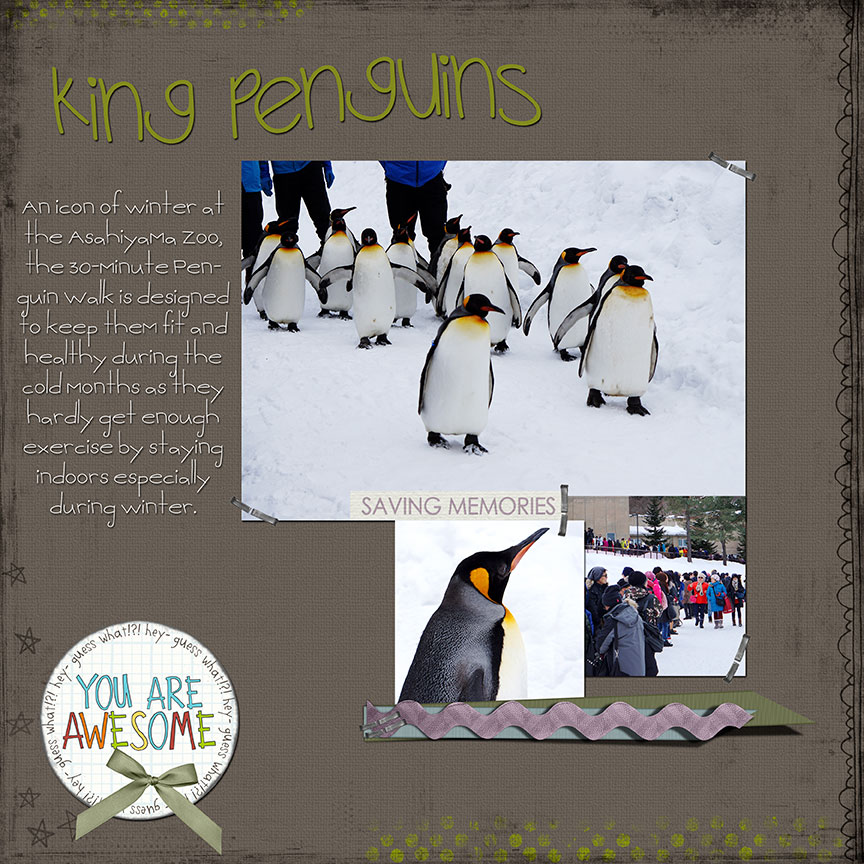 Mumble, the penguin character in that animated film, Happy Feet, that cannot sing but tap danced his way to Gloria’s heart. Yes, that same Mumble charmed its way into my heart too.

So the whole reason I was in Asahikawa was to be up close to the likes of Mumble. All these chubby birds had to do was waddle past us, and it made my day.

An icon of winter at the Asahiyama Zoo, the 30-minute Penguin Walk is designed to keep them fit and healthy during the cold months as they hardly get enough exercise by staying indoors especially during winter. They are known to walk as far as 1 kilometer a day towards the sea in a group to catch fish.

A close relative and very similar in looks to Emperor Penguins – what Mumble is – the King Penguins are 2nd only to the Emperor in size. To distinguish, the latter’s orange feathers on the side of their head are colorful and brighter than that of their cousins. Their beaks are also the longest of the whole family of penguins. Though they are known to be the best divers and swim incredibly fast, they, however, saunter on land and are known to slide on their bellies to help them maneuver through the ice and snow. 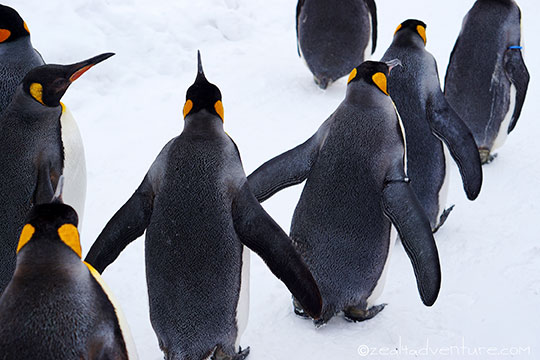 To survive the severely frigid climate, they are equipped with several unique layers of scale-like feathers to protect them from icy winds and offer a waterproof coat. They also store large amounts of fat that insulate their bodies while also serving as a long-lasting energy source. 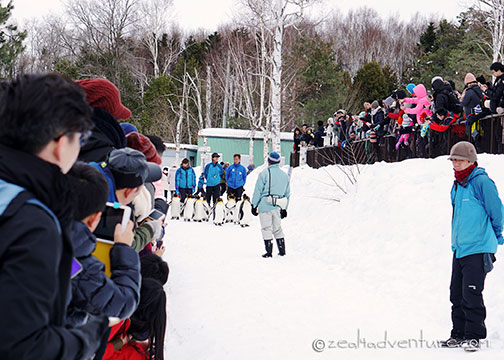 What’s interesting is that wild penguins follow the paths between the mountains and during the walk, they were not trained to walk the path, but because they see people like mountains, they automatically follow the path that the people make.

If you happen to be in Hokkaido during the winter, make sure to make your way to Asahiyama Zoo to get a glimpse of these cute chubby birds. It will be worth your while.