After the breathtaking Sunwapta Falls, we took another turn and found ourselves in yet another dramatic and powerful waterfall.

Considered among the most impressive falls in the Rocky Mountain, it is not surprising to note that Athabasca Falls could quite possibly be the most popular in the Canadian Rockies.  Lucky for us, we were there at a time where visitors, sometimes overflowing, were few. 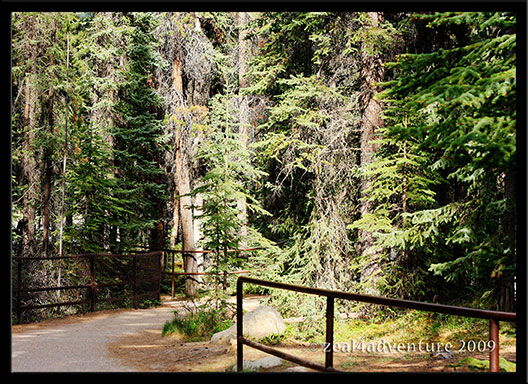 A short access trail surrounds the falls and allows for a glimpse of park.  A lookout spot and a bridge provide vantage points for photos. 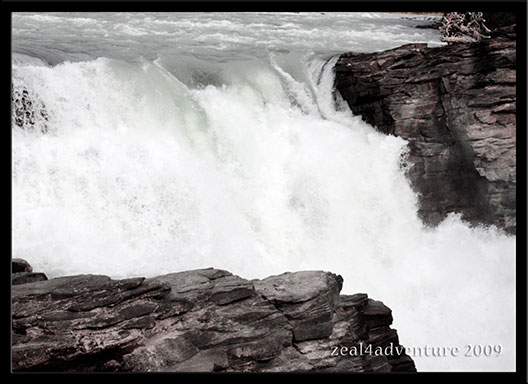 Speaking of which, the falls is a deafening combination of sound and spray and even if it is not raining, a rain-jacket might be a good idea.  Not because we were soaked but I worried more about my camera lens and wished I brought something to cover up. 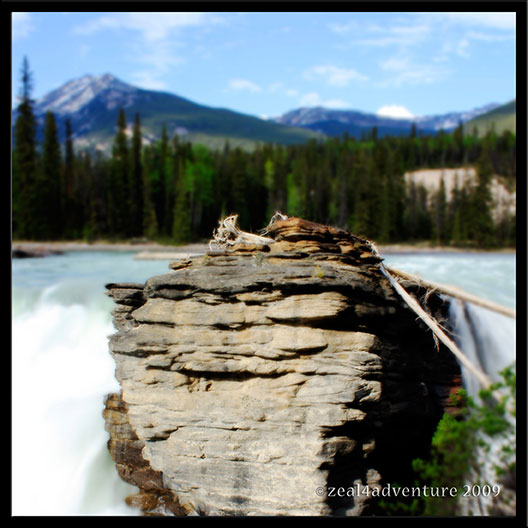 The Athabasca River is the largest river system in Jasper National Park and the heavy flow of volume from that river pours over a hard layer of rock, cutting deeply into the soft limestone below creating potholes and medicine bowls.

This odd rock formations thousand of years in the making is also a take off point for white water rafting.  Sadly though, A’s 18 day stint in the Colorado River left him with no desire to be in cold water any time soon.  Oh well…   😦