Creative – that’s what they are.  The Tbolis possess marvelous traditional craft skills up to this day – aside from weaving, they are also known for their wax brass casting and colorful beadworks, which are used as jewelries, accessories or home décor.  They are also very stylish people, the T’bolis – some of the accessories worn by their women include earrings, necklaces, belts, anklets and combs.  Some more elaborate than others.  Some I can even wear with my modern day attire.  In fact, I have been accessorizing my wardrobe with the necklaces I bought since we got back – quite unique and distinctly ethnic garb, if I may say so. 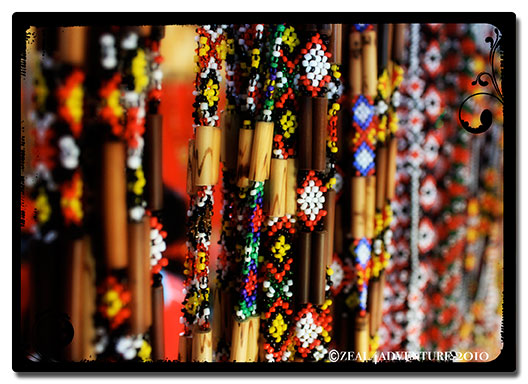 There are several kinds of necklaces, some more difficult to obtain than others. Those considered heirlooms will be the most difficult to find is unlikely to be found in the market. 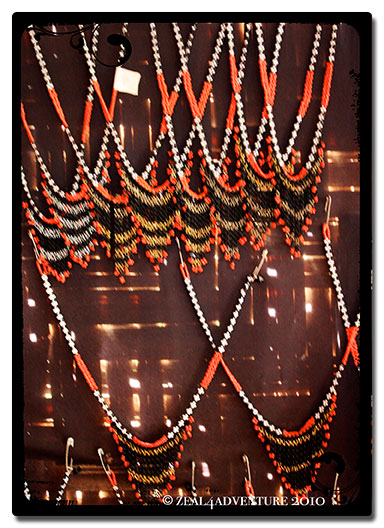 There are those made of beads such as this choker of pure beadwork in black, red and white called hikef. 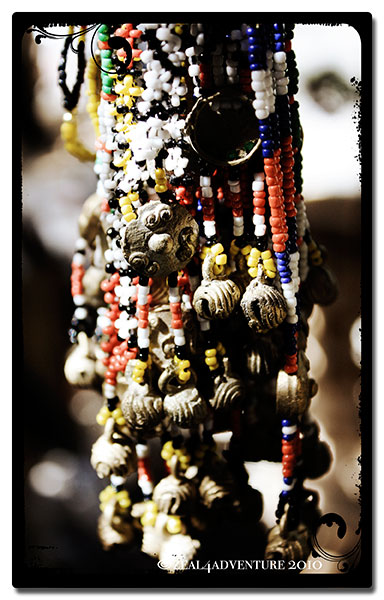 Some a combination of brass and beads. 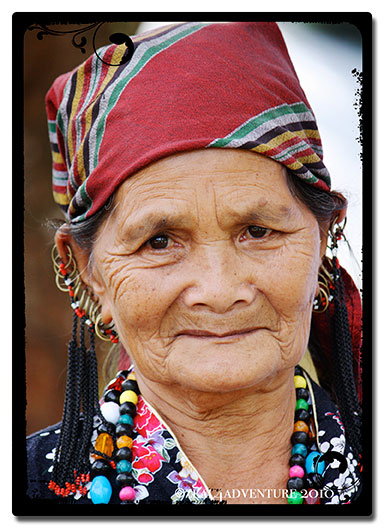 Earrings are also favorites.  Here again is the lady and her unforgettable multi-studded dangling earrings.

And here’s Mayang wearing an earring called a kowal.   It consists of several strands of tiny colored beads suspended under the chin, from the left earlobe to the right that frames the face.  She is also wearing a beaded comb. 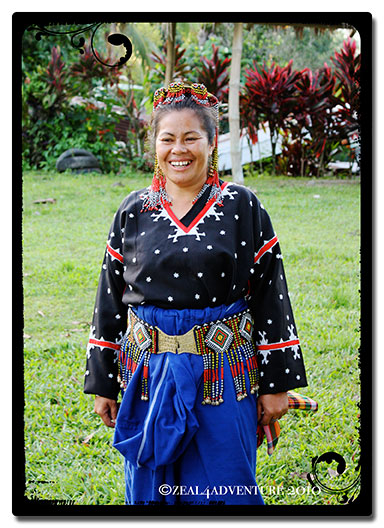 This is Jeomema, one of our guides, in traditional garb

Speaking of combs, these are pretty common as many T’boli women are seen wearing them.

They also have belts or girdles as they are sometimes called — perhaps because of the strings of beads or brass that hangs from the waistband to their bellies.

Beaded belts are more common and are used more than girdles.

The beaded ones are jazzier while the brass girdles more ethnic.  I prefer it as a home décor, framed and hanged.  Imagine your waist and lower back after a day, if you choose to wear it.   😛  I bought one ten years ago (to hang, not to wear) but lost it when we moved house.  Arghh!   😦

Remember the anklet worn by this wife of Datu Angkoy?  Also something that may never come to fad, but who knows?  Anything is possible in this day and age.

Meet some of the creative craftsman: 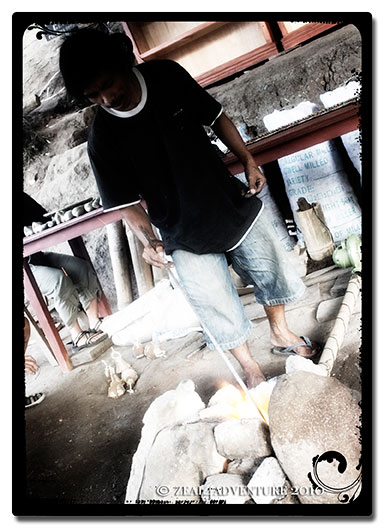 Bondosh is a well-known brass caster who was very generous in sharing his brass casting methods.  We watched him finish the bells that we ordered. 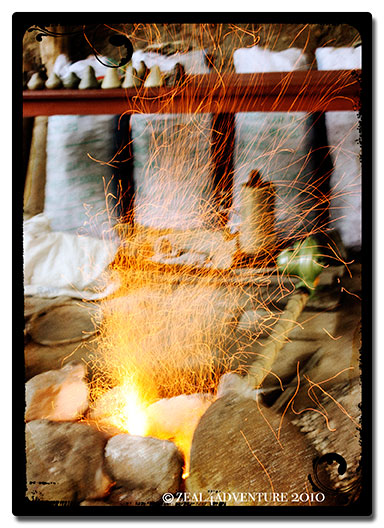 He melted some brass scraps and poured the molten brass into a cast shaped like a bell.  This goes into an oven. 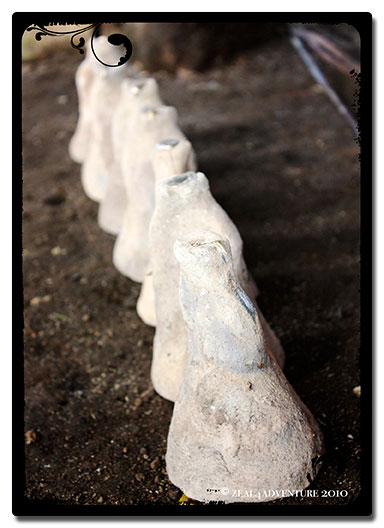 From the oven he lined them up to cool.

Then dips it in cold water

In our longhouse, we encountered this bead maker (is that what they call them?) at work.  She was also going to perform that evening and she made good use of her time eh?

4 thoughts on “Brass and Beads”