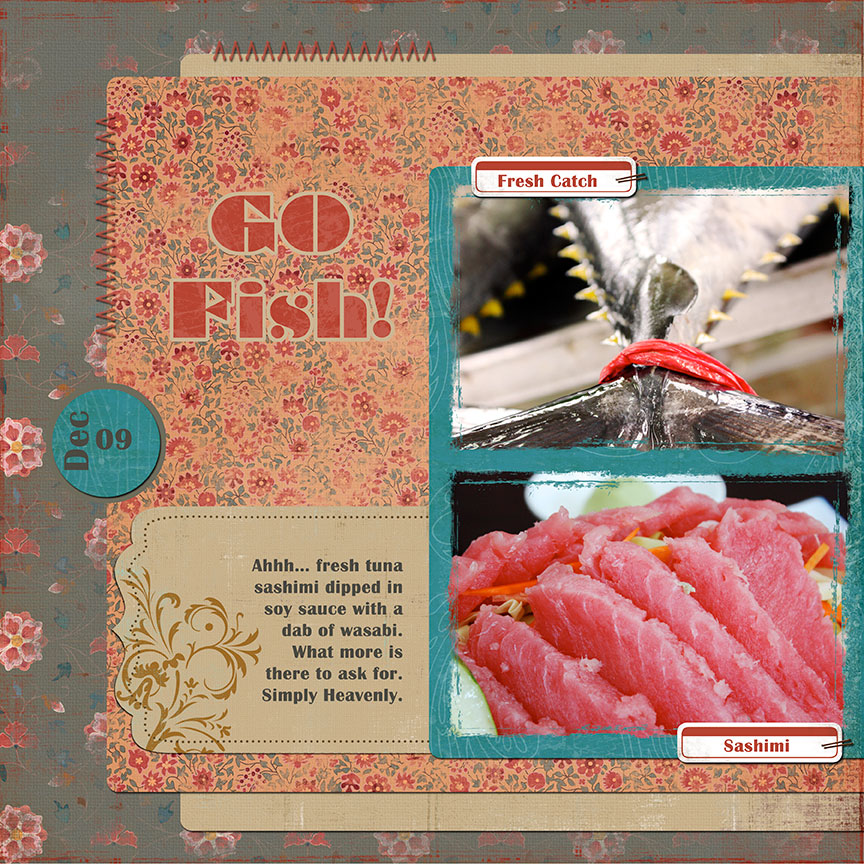 Tuna fishers in a busy international fishport, porters hauling them off to be weighed in the market… a scene we almost did not get to see.

Up at the crack of dawn, I got ready to meet up with the others to visit GSFPC – that’s General Santos Fish Port Complex.  We walked a few blocks from our hotel, hopped on a jeep that took us to the gate of the fish port only to be told to go fish!  Haha!  They apparently have this rule of no shorts, sandals or slippers on the complex.  And all 6 of us were either in shorts, slippers or sandals.  Defeated and disappointed, we turned back without a plan B really.  As we turned around to walk back, we saw someone come out of the complex wearing the forbidden and we thought, “hey not fair!”.  We therefore argued with the guards who were steadfast not to let us in (maybe even more so now).  Just at that very moment, a man in shorts and sandals on a motorbike came up to us (as he was entering the facilities) and asked if we were visiting.  And that man, our savior, turned out to be the Chief of harbor operations of GSFPC, Ramon Francisco.  Ha! What timing!  In short, we found ourselves a guide.  To clarify though, there really is a rule however, it should have been applied only to the workers but the security (to make it simple, I guess) applied it to everyone, visitors or tourists included. 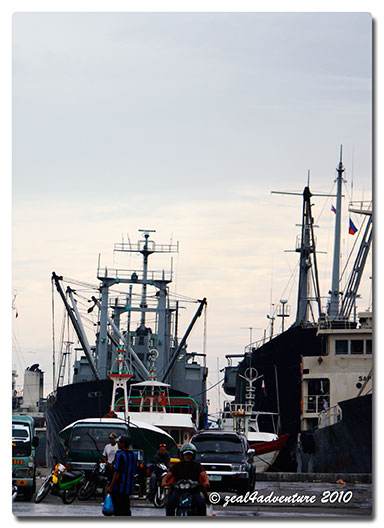 And so I’m inviting you to come join us on our unexpected guided tour:

There is relatively little of interest in General Santos (Gensan for short) in terms of tourist attraction.  More than anything else, it serves as a transportation hub especially to places like Lake Sebu.  Aside from it being a hub however, it is also known for 2 things – it is tagged as the Tuna Capital of the Philippines

Being the sanctuary of the tuna canning factories, Gensan accounts for the 2nd largest total daily fish landings in the country (Navotas being the largest).  Lying at the heart of Sarangani Bay, the proximity of the city to tuna-wide fishing grounds include the Moro Gulf, Sulu Seas, Mindanao Seas, and adjacent Celebes Seas which are known centers of tuna abundance. 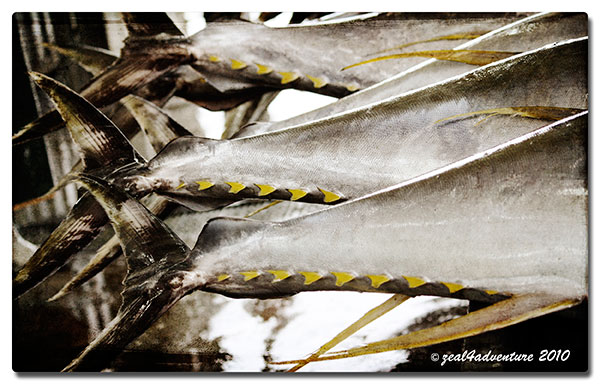 Yellow Fin tuna – a sashimi grade tuna and can grow to be a size of an adult man – is what the fishermen are after.  It fetches more money than any other fish.

And at the fish port, traders bargain with fishermen for the prized catch which goes as far as Japan and European markets.  The Philippines is ranked as 7th among the tuna producing countries in the world.

Sad to note though that it is declining nowadays as the warm climate continues to affect the ocean’s temperature due to the El Niño effect.

The average number of fishing boats that hits the port on a daily basis is about 25 coming from as far as borderline Indonesia and Palau Islands.

Traders inspect the tuna before it gets graded and eventually shipped out to local and international markets.

After the tour, Ramon took us to a restaurant inside the complex called Noccil.  There we had a feast of (almost) everything tuna. 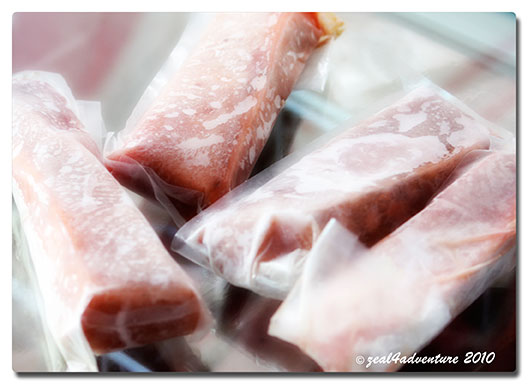 We even got to buy some frozen ones to bring home. 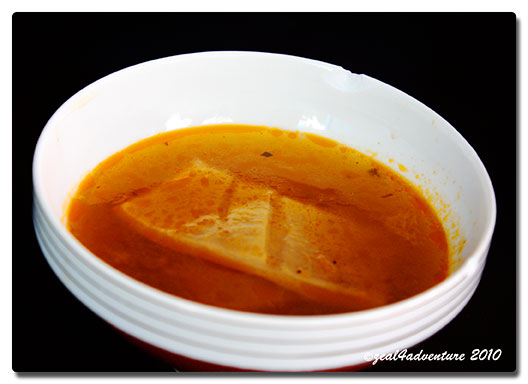 Grilled Opah otherwise known as Moonfish or in Filipino “Diana” tuna — a round flat fish, silver in color and is one of the most sought after fish delicacies.  A catch comes only every 15 days or so.