Have you ever spent the night at the airport involuntarily?  I had my Amazing Race moment except that I didn’t have a partner to share this horrible moment with me.  I don’t rant a lot, at least not about my travels because I believe that every experience (pleasant or not) is an experience to tell and learn from.  Even our mishap in Uganda was such a disaster but we chose to take it as it is.   I have eventually learned to laugh about this new mishap but not without a rant.

Barely an hour before my flight, my childhood friend M finally picked me up at my best friend’s house in San Carlos.  We were to embark on an extended weekend of fun with some high school buddies in NYC.  I made it through check-in, at least my baggage did.  I, on the other hand, was on stand-by.  It turned out, Delta overbooked the flight by 8 passengers, 6 volunteered to give up their seats, leaving 4 passengers fighting for the 2 available seats.  Since I was practically the last one in, I and another guy was the first one out.  Unbelievable!  I was dumbfounded as I hardly get bumped off.  I really wanted to raise hell but to whom?  My friend whom I hitched a ride with?  (We weren’t on the same flight as she was using her mileage, which was horrifically expensive).  Or perhaps to the Delta ground staff for overbooking?   It really wasn’t their fault… ok, it was partly M‘s fault but she more than made up for it in the end.   🙂  Anyway, Delta offered me a $400 voucher, which I have no use for because, “I don’t come to the US very often”, I told them.  I could give it to friends, they suggested.  I wanted a room but “all their affiliated hotels were booked due to a convention that week”, so they say.

I was really tired so I conceded and accepted the voucher.  I bared and grinned because at the end of the day, it was all my choice.  I took the red-eye flight because I wanted to arrive in the morning so I can make the most of my days in NYC.  I took Delta because it was the cheapest that I could find.  M was able to fly despite the lateness, was it because her ticket was 3x higher than mine?  As I always believe, you get what you pay for… and did I pay!!   😦 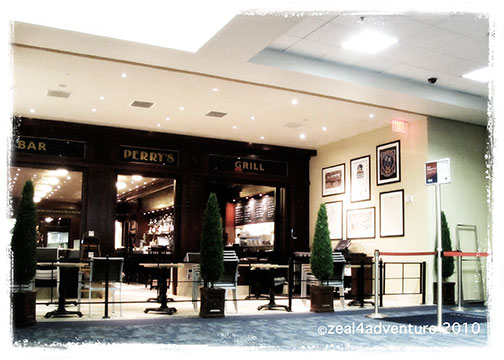 I wandered around the airport until everything started to close.  A nice Delta staff was kind enough to offer me blankets, at least.  It was getting cold as the passengers get on their respective flights.  Soon after, I was alone except for the security staff and the cleaners.  With the uncomfortable bucket seats, the noisy vacuum cleaner and crew talking sometimes even shouting at each other, sleep was a struggle.  It was the longest 5 hours I ever had.  But I wasn’t ranting (yet).

When morning (finally) came, the guy who also got bumped off told me his story after I left the counter.  They couldn’t print his voucher and a supervisor stepped in, it turned out that those who were involuntarily denied a flight had two options — cash or voucher.  Because they couldn’t print his voucher, they gave him CASH!  He told me to give it a try so I waited, and waited, and waited for a supervisor to appear and when he finally did, I asked him about it and he smugly looked at me and had the gall to suggest that I volunteered and didn’t have the right to ask for cash.  Can you believe that old guy?  I was (again) dumbfounded.  I told him that I definitely did not volunteer to give up my seat so I can spend the night at the airport, he looked at me (smugly still) and said that he couldn’t possibly give me what I wanted and I when I asked him why, he replied condescendingly, “because I do not carry that much cash with me”.  I was just too disgusted with this rude old guy and lest I miss my flight again, I felt it was pointless to argue this out.   He told me to try again in Detroit.  A sorry would have been more appropriate, I believe.  That’s customer service for you.

So dear readers, if you were involuntarily denied a seat, for some reason – ASK FOR OPTIONS –some airlines may have cash options.  If the ground staff can’t give you an answer, ask to speak to a supervisor.  Most of the time, the ground staff are not informed of these options too, as I learned.  Or better yet, avoid taking Delta if you can — their staff are downright rude.

But all is not lost, my best friend may be taking a trip somewhere in the US soon courtesy of my $400 voucher.  NYC was incredible (more than a few posts is definitely coming up sometime in the future).  And my pantry is stuffed with these loots from San Francisco. 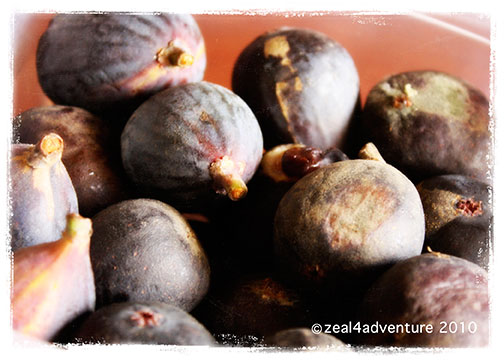 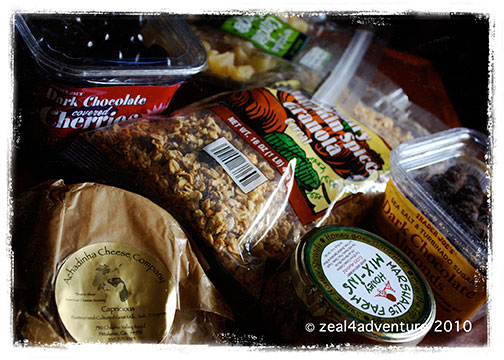 All my favorite things…

All’s well that ends well but as the saying goes… Acts of kindness may soon be forgotten, but the memory of an offense remains.

4 thoughts on “Kind Words Costs Little But Worth Much”