A hutong is an architecture and structure unique to Beijing and visiting one of this (either by walking or a rickshaw) is one of Beijing’s attractions especially to people wanting to know more about its history.  Going around a hutong will let one experience the remnants of Beijing’s ancient culture.

According to history records, these hutongs came to existence during the Yuan Dynasty when the Mongols – led by Genghis Khan, occupied Beijing.  The city had to be rebuilt after it was demolished during the take over, thereby creating hutongs.  The word “hutong” is Mongolian in origin, which means, “water well”.  People tend to gather where there is water so with the digging of new wells; new communities are not far behind.  Hutongs are alleys formed by lines of “Siheyuans” (traditional courtyard residences).

Hutongs were established surrounding the Imperial palaces throughout the Yuan, Ming and Qing Dynasties.

Since the mid- 20th century however, new roads and buildings have replaced many of the hutongs.  Some hutongs though still survive today, thanks to their local government’s protection policy.  Most in existence today date from the Ming (1368-1644) and Qing (1644-1911) dynasties.

Walking through the hutongs, it is common to see groups of elderly citizens playing cards, mahjong or Chinese chess together. 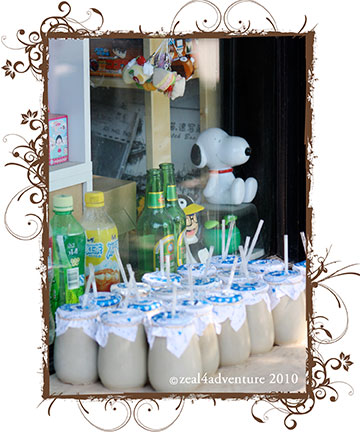 Also important to hutong life is the traditional foods sold in carts or small stalls.  These ancient neighborhoods today provide a glimpse of the life in old Beijing.  To live in a hutong would mean no baths and toilets in their homes.  Public baths and toilets are provided and imagine having to trudge your way to the toilet in the middle of the night at below zero degree.

And yet there are still many living in these ancient neighborhoods, perhaps it is the way of life these folks are accustomed to, real life as it has been for generations.

8 thoughts on “A Glimpse of Beijing’s Ancient Neighborhoods”