I think I buy way too much stuff.  It’s either that or I need to eat in more often.  I get over excited when I see produce that I like in the market.  You see, shopping for 2, sometimes just for me is not an easy task.  And more often than not, I tend to go overboard.  And so I always have fruits and veggies that are somewhat at the end of its prime.  Not good.  Because you don’t get the most benefit out of a wilting produce I don’t think.

So one day I saw a need to clean the crisper and get rid of all those droopy foodstuffs.  But I hate throwing hard earned money away so I decided to cook them at two goes.  They’re all left over stuff, a piece of this and a piece of that. And this was what I whipped up for dinner. 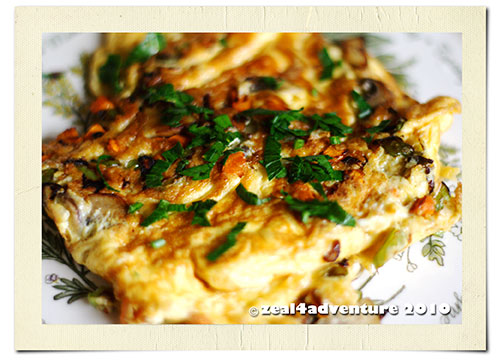 I call it Left-Over Omelet.  Pretty straightforward…  here’s what I found in my crisper: 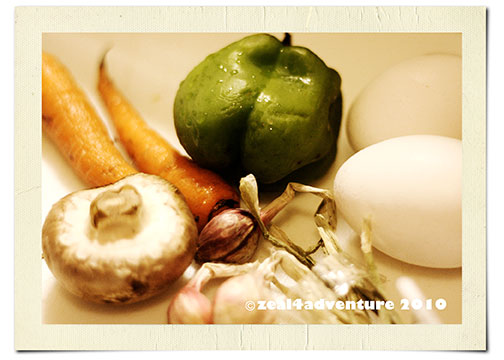 Here’s what you do:

The next morning, here’s what I did to these sorry pieces of sadness. 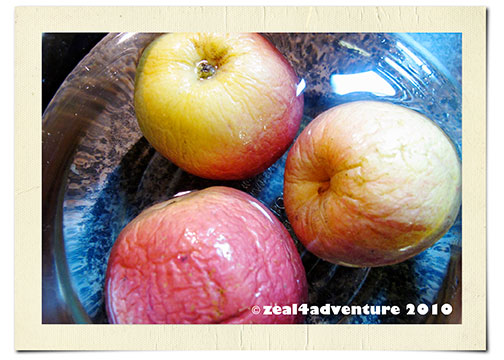 Peel, core and chop the apples.  In a saucepan, combine the apples with the following: 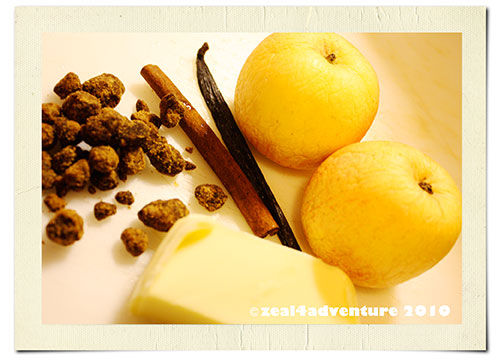 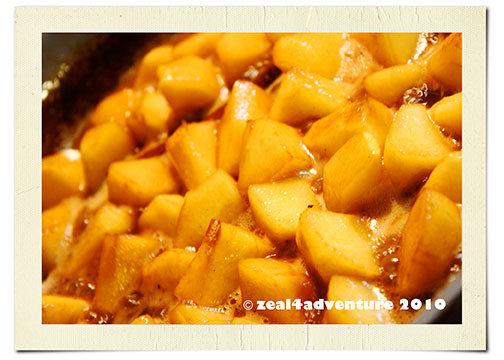 Cook until mixture thickens and apple is tender.

I used this to top my Multigrain French Toast.  Yum.

* Note: Veg-Sal Spike Seasoning can be found at the seasoning section of Healthy Options.

One thought on “Clearing the Crisper”