More than a hundred years ago, the Americans develop Baguio into a hill station. They also established Camp John Hay, Brent School, and Baguio Country club during that time.  Not long after, Baguio became known as the Philippines’ summer capital and in 1909, Casa Vallejo was put up to accommodate many of Baguio’s visitors and continued doing so for the next 20 years.

This white wooden structure located along Upper Session was an inn for the 1st 20 years and at one point, a detention hall and a temporary annex to the Baguio City High School.   When the government closed it down in 1999, many feared demolition but survived as well as many old timers fought to preserve the structure, particularly the pinewood used to build the inn. 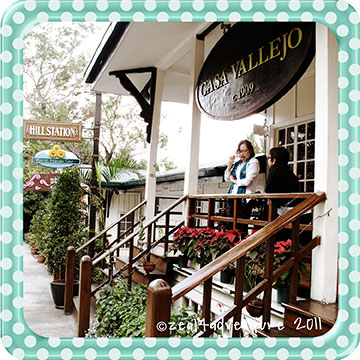 With a little tweaking but with the same quaint charm, it stands today back to life as a boutique hotel– every piece of pinewood intact.  Old window panes were said to have been screwed back and the rotting wooden floors were replaced with pinewood salvaged from other parts of the inn.  The number of rooms was reduced to accommodate bathrooms on each room because the old building had common baths.  The stairs leading to the ballroom were restored.  And the ballroom now turned into Hill Station (that cozy restaurant that serves lovely food) was where government official and socialites back then used to dine and wine.  With so much history (from its glory days to its near fatal fate), it is a pleasure to be staying in one of the remaining American structures still standing on the original government center. 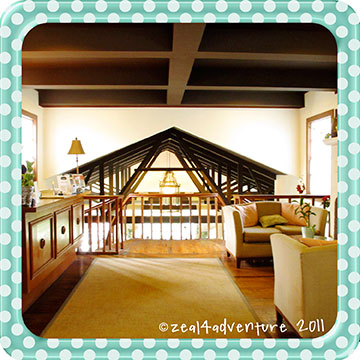 It being an old structure though, the rooms and especially the bathrooms are not as spacious.  Luckily our room was facing the back, more like the parking area, because unfortunately with all the cars, Baguio does not boast of fresh air like it used to many, many decades ago.  I can imagine the noise and pollution we would have to bear if our room faced the road.  A Deluxe Room for P 2,599 for 3 people is a good deal.  It comes with free breakfast albeit limited choices at the Hill Station.

You’ll also find Mt Cloud, a nice little bookshop (as they called it) that carries many interesting foreign and local titles.

Although cramped, for some reason it was conducive enough for me to find 2 books right away.  I would have found more if I had stayed a little longer. 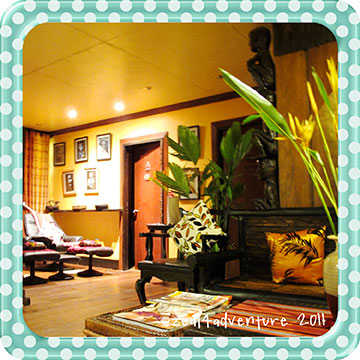 Just beside Mt Cloud is North Haven Spa.  We didn’t think twice to book us a blissfully relaxing indigenous body massage just before we called it a night.  Great decision.

Except for a few hours at BenCab’s Museum, we practically spent most of our time in Casa Vallejo not having the slightest desire to even walk over to SM Baguio for some wonderful sunset views.  We were so content just being lazy.

2 thoughts on “Casa Vallejo: Back To Life”