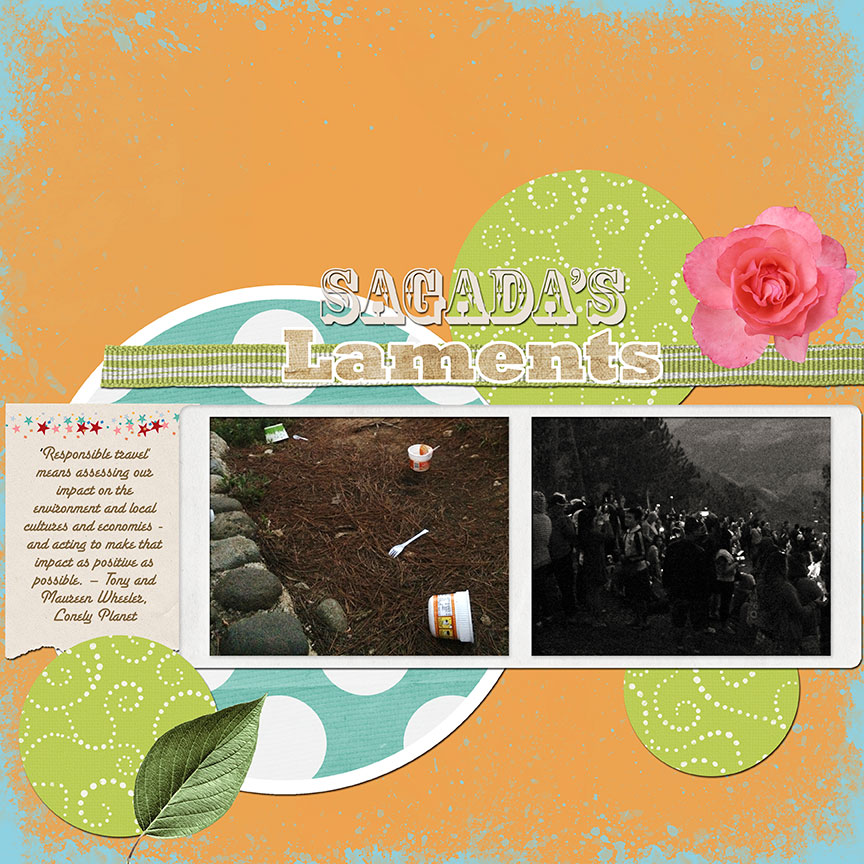 My first entry to Sagada was in 1994. I was instantly drawn to it because it reminded me of a TV series set in Alaska that I love. Remember Northern Exposure? Rustic town, log cabins, lots of trees, hilly and winding roads, cool weather, sunflowers, indigenous people… well, it doesn’t snow in Sagada, but you get the drift. But more than that, it had caves, waterfalls, rice terraces, lakes and green pastures too. It has become my haven of rest, my respite when the going gets tough in the metro. I’d frequent it through the years.

Unobstructed view of St. Mary’s Episcopalian Church back then.  1997.

Back in the days when going to Sagada entails eight to ten hours of (no air conditioning) bus ride and two very bumpy, dusty jeepney rides because you dare not subject your car to the condition of the road (fit for a 4×4 only) leading up to Sagada. Inaccessibility kept Sagada away from the crowd. You had to adore the place to keep going back or even attempt a visit back then. 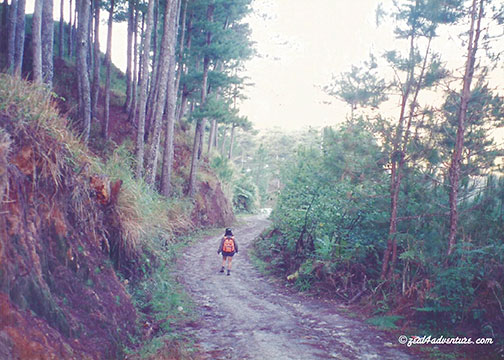 Back in those days, we’d walk everywhere. Sumaging Cave, Lake Danum, Kiltepan, Echo Valley, except for Bomod-ok Falls, where we’d take a jeep to the jump off point to the village of Fedelisan. I remember my first attempt to the falls—muddy and slippery and scary.

The terraces were narrower then unlike the wider cemented walkways of today (done for the tourists in mind).

Some paths only had rocks to step on. That was scary.

Back in those days, there was no way to book a room in advance. We’d take a chance and stay wherever there was room. We’d take cold showers because we didn’t know that they sell hot water by the pot for 10 pesos. Crazy, I know. But those were the best times.

The way to Sagada has gotten so much easier because the roads are paved now. Visitors tripled, probably quadrupled over the years. Accommodations of all sorts have sprouted, eateries too. Subtle changes I didn’t mind at all. I actually loved the new additions until my haven of rest started to morph from a tranquil, laid-back escape into a noisy, car-packed town. I now become nostalgic of what Sagada used to be and desiring the old one back. 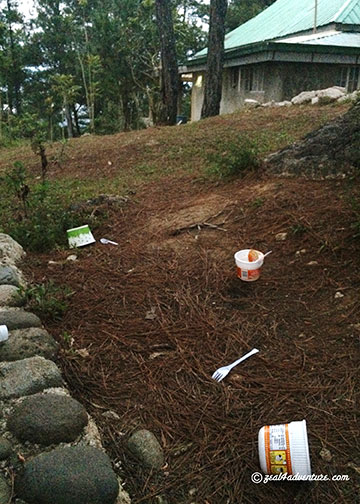 “Basura and problema  naming ngayon (we now have a problem with trash),” says friend and guide Fabian. In the many years that travellers (mostly foreign and local backpackers) have come, trash had never been an issue until recently.

And that recently is when the Filipino hit flick, “That Thing Called Tadhana” unwittingly made Sagada an “in” thing.   Nothing wrong with that but sad to say, many of new visitors are irresponsible tourists leaving not only their footprints but also their trash behind.

I have yet to understand their psyche but I sense a lack of respect for nature and the surroundings. While waiting for the sunrise in Kiltepan (which by the way was packed with perhaps 200 people taking “selfies”that morning), 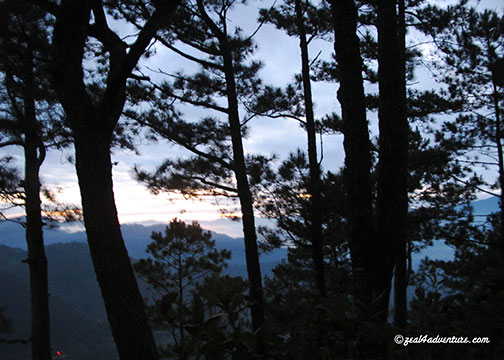 “Sana natulog nalang tayo” (we should have just slept in), one said before leaving because the sunrise wasn’t spectacular.   Folks, the sun will rise, that’s for sure but life does not promise dramatic ones every day.   I tell myself to chill because people think differently but how do you explain this one— “Pinaasa lang tayo ng sunrise” (in essence, it means – the sunrise led us on).   Really? Like nature owes you?

I always encourage people to travel because it is enriching. Depending of course on how one takes a trip, the experience can be priceless. But, we need to change our travel habits and be responsible travelers, to be responsible enough to properly dispose of our trash, respect local tradition and most especially their environment. I hope one day we learn to be just that.

‘Responsible travel’ means assessing our impact on the environment and local cultures and economies – and acting to make that impact as positive as possible. – Tony and Maureen Wheeler, Lonely Planet