And this is perhaps THE reason to go. It was ours.

Staged outdoors beneath the Jade Dragon Snow Mountain at an incredible elevation of 3,100 meters, Impression Lijiang managed to keep us in awe all throughout its performance. 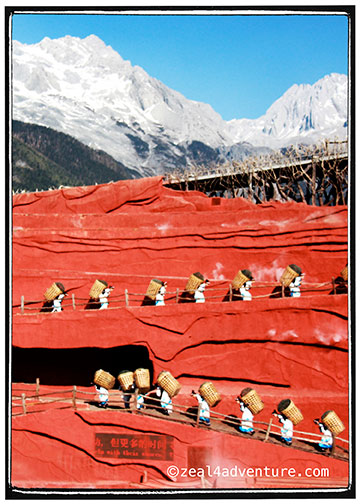 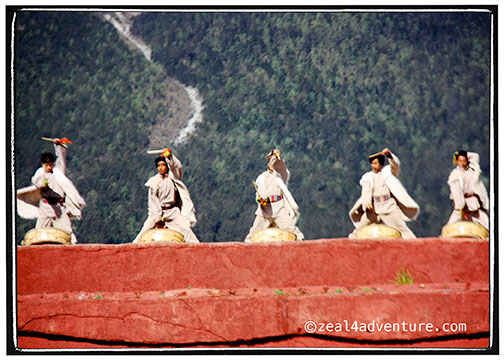 A cultural show two years in the making, it is the second of nine series of highly sought after productions by Zhang Yimou. In 2003, Zhang, together with 2 of his assistants, Wang Chaoge, and Fan Yue started working on an outdoor production that would later become an ongoing series.

Impressions Liu Sanjie was the first of these productions and found its place on the banks of the Li River in the scenic town of Yangshuo. We saw that too, which actually led us to this Impression series 9 years later. 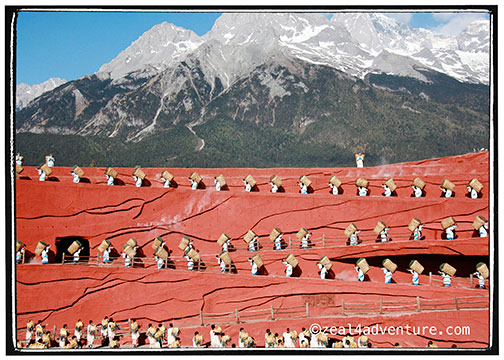 The show opened with rows of male entertainers in their traditional ethnic costumes shouting in Mandarin, “we are farmers, we are stars.” 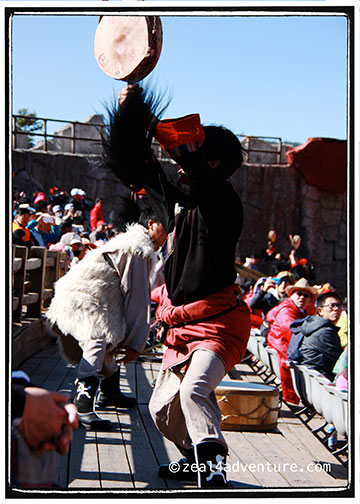 Around 500 Naxi, Bai, and Yi ethnic groups from nearby towns and villages were selected to sing and dance. I particularly love the horse scene where they depicted the important tea trading of the province.  It was surreal. 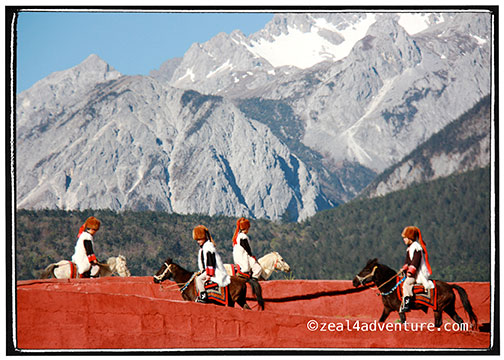 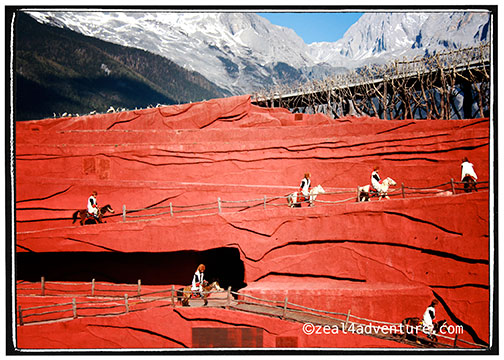 You definitely have to find your way to Lijiang, if only for this.

But not to be missed too is Lijiang’s beautiful canyon and its mighty Jinsha River. 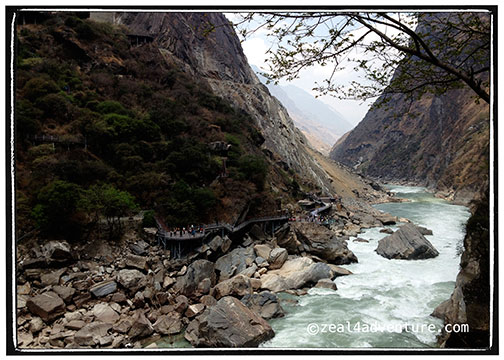 Touted as the world’s most spectacular river canyon is Tiger Leaping Gorge. Its maximum depth is about 3,790 meters from river to mountain peak and is part of the Three Parallel Rivers of Yunnan Protected Area of the World Heritage Site. 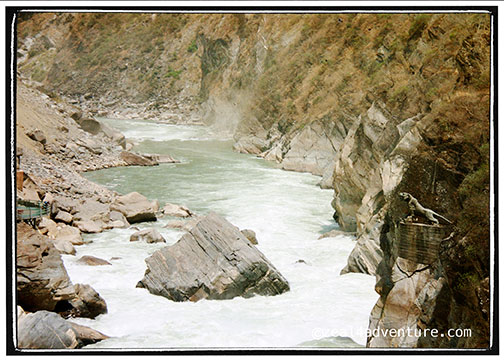 Legend has it that in ancient times, a tiger, running from a hunter, leaped across the gorge to escape. It jumped at the canyon’s narrowest point.

To trek the upper trail would have been ideal, but due to lack of time, we saw the gorge on a viewing platform at the lower road along with most of the tourist in buses. 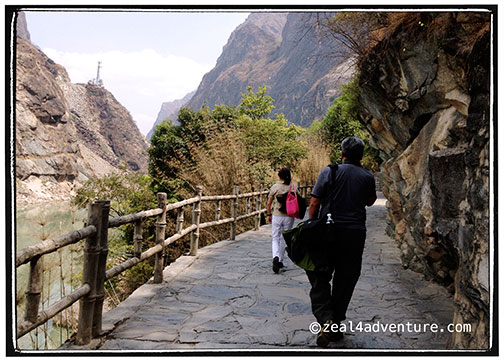 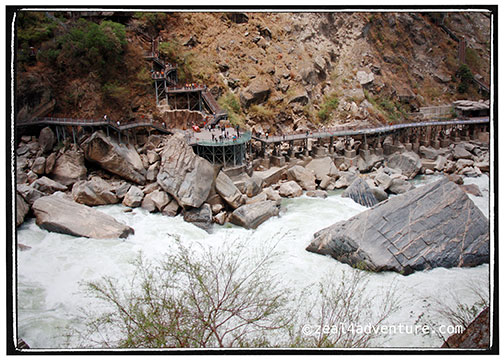 But as you can see, it still is a gorgeous sight to see. 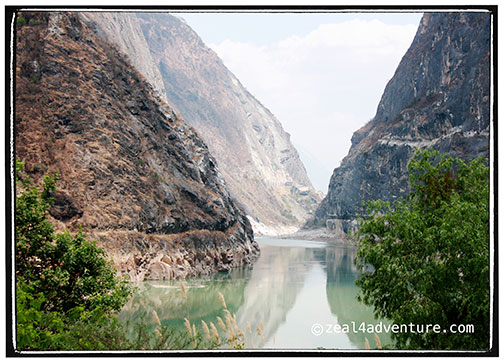 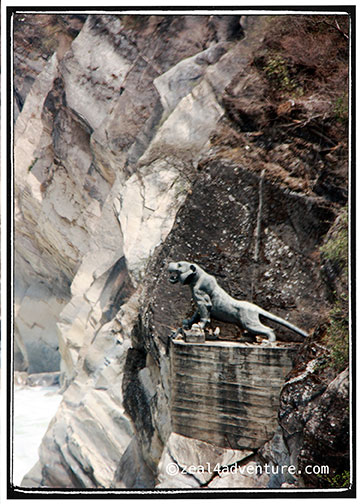