On the road, we randomly stopped for lunch. The driver calls me into the kitchen, there we ordered, without a menu but rather from what they have in the kitchen, apparently fresh from the fields. He tries to explain the unfamiliar items while I struggle to decipher what he is telling me. But all is well that ends well.  We had a wonderful food experience throughout the trip. 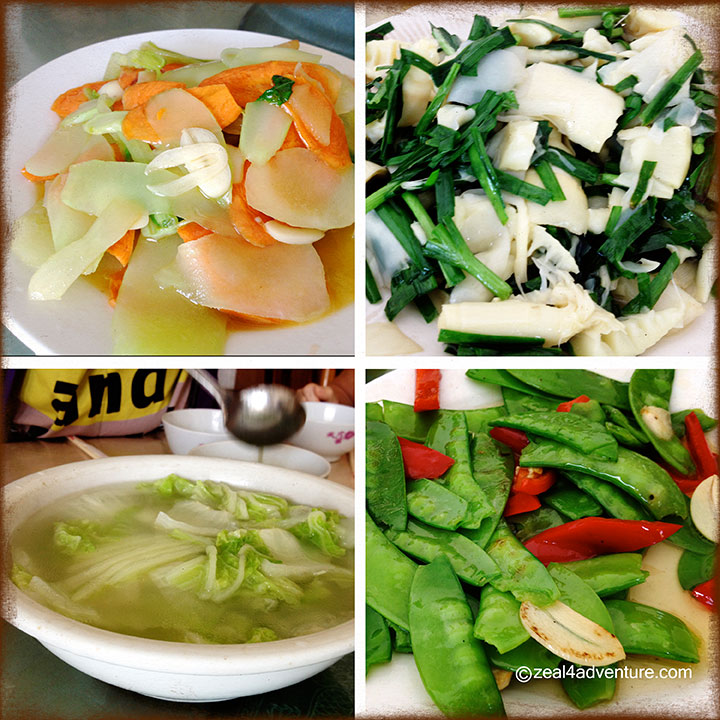 Fresh vegetables cooked lightly with lots of garlic and some chilies are a staple.   Because Yunnan has a diverse variety of plant species, you’ll find dishes made with ferns, bamboo shoots, flowers, tubers, fungi, herbs and even insects of all kinds.

A kind of root that was actually quite good.

Various types of mushrooms found at the local market in Shuhe.

A typical local restaurant showcasing a variety of vegetables, tubers, flowers and ferns.

Cheese is something you do not expect in China because Chinese as a nation are not keen on dairy products. But in a province that lies on the fringe of China, its mash-up nationalities’ dietary habits are far removed from the mainstream Chinese. The love of dairy products could perhaps be attributed to the mélange of ethnic groups such as Mongolians and Tibetans. The way in which they eat it though is distinctly Chinese. 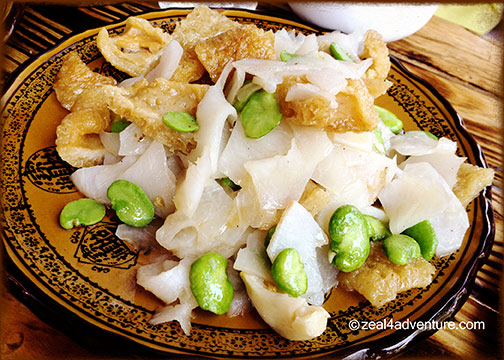 Called rubing, it is often served with rice, sliced and pan-fried until golden on both sides or cut into cubes and stir fried in a wok.

Another interesting cheese called rushan is grilled and sold by the roadside. It’s crispy and milky in flavor.

Have you heard of Yunnan ham? We used to get them canned and is an absolute favorite of Anton’s. In Yunnan, we couldn’t find the canned one, but instead, we devoured it in so many other ways. 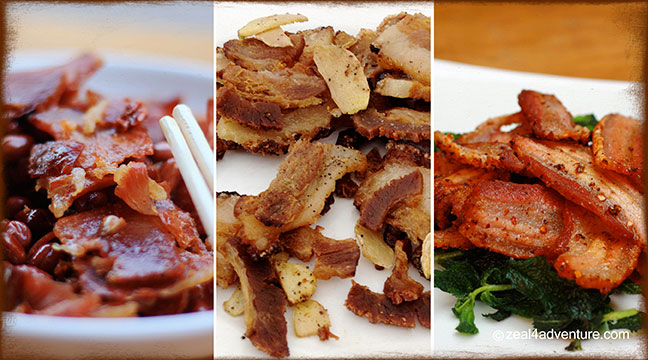 They love them steamed, boiled, fried… usually to flavor stews and braised dishes as well as soups and broths.

Xuan Wei ham from Xuan Wei City is the most famous. It is to China what Iberian ham is to the Spanish.

Found this in the local market in Shuhe.

And with this, I close my series on Yunnan. Don’t drool too much now. I hope you had as much fun reading it as I had re-living it.