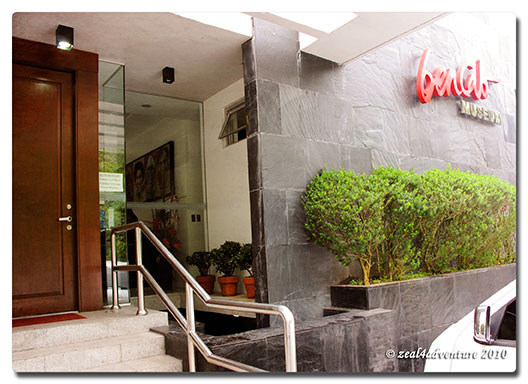 A short ride from the Baguio City center along Km 6, Asin Road stands a modern white building that is BenCab’s Museum.  A 4-hectare project of the National Artist for Visual Arts, Benedicto Reyes Cabrera, more popularly known as BenCab.

The Master of contemporary Philippine Arts traces his beginnings in Mabini where he painted and ran an art gallery with his elder brother Salvador Cabrera.  He then moved to London, gotten married to a British writer and eventually established for himself a name of international recognition.  When his marriage ended, he relocated to Baguio in 1988 and along with other artists formed the Baguio Arts Guild.  BenCab being a tenacious admirer and collector of Cordillera Arts also formed his own group of artists when he established the Tam-awan Village, an art center that promotes Cordillera traditions.

So it is to no surprise that aside from the BenCab Gallery, which presents a range of his works of different periods, sizes and styles, 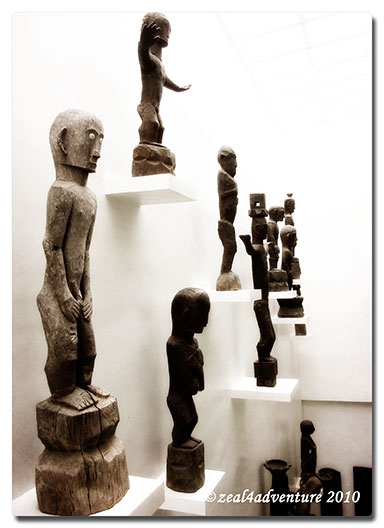 the museum also houses a Cordillera Gallery displaying a collection of tribal artifacts and indigenous crafts of the northern Luzon highlanders.

Aside from promoting art, a major part of its mission is to preserve, protect, and conserve its natural surroundings.  And how? 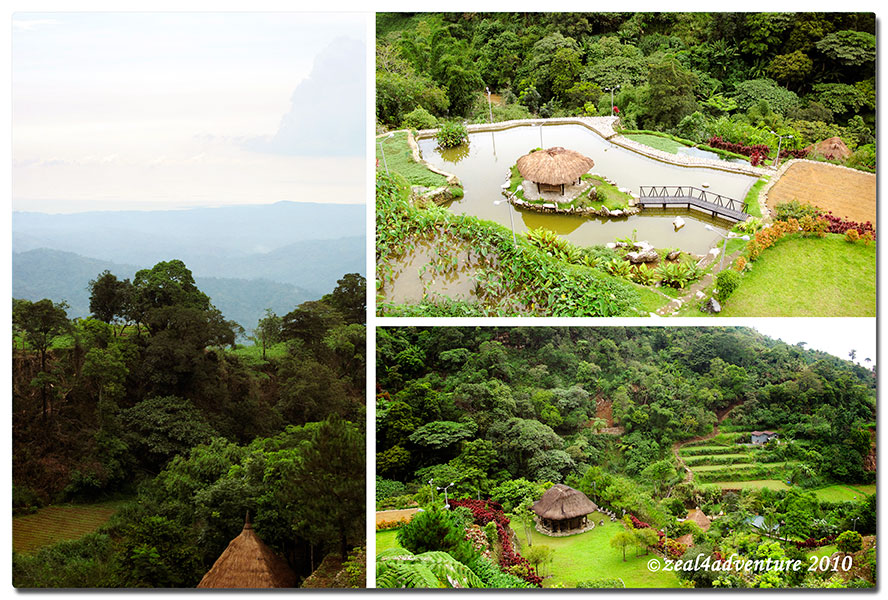 The museum commands a breathtaking view of the adjacent organic garden, its surrounding mountains and the South China Sea on the horizon.  Other sections of the estate features large ponds for ducks and a thatched-roof gazebo erected on a center island.

Café Sabel, serving cordillera coffee, tea and some food, is on the ground floor and overlooks all these.  Truly a remarkable man’s gift to a community he joined more than a decade ago.

A museum that is worth a visit opens its doors from Tuesday to Sunday, 9am-6pm.  Admission fee is P100 per head.

10 thoughts on “A Museum of Art and Nature”